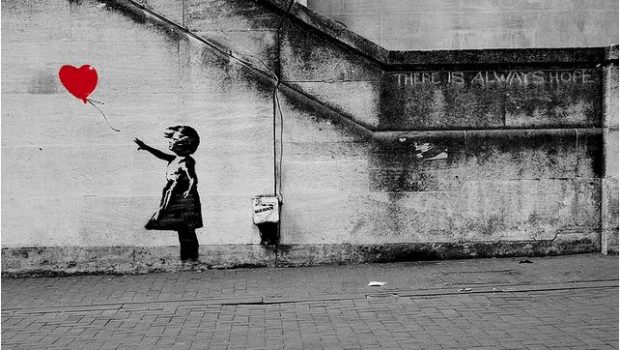 In the classic short story by Antonis Samarakis, the protagonist, who reflects on the state of the world as he is just beginning to become aware of the threat of nuclear war, sends an advertisement in the newspaper with the words “Hope Needed”.

I cannot imagine a better picture of the situation we face and the challenge that lies ahead, in an age when we list crises and risks.

The war in Ukraine And it continues without any effort, unfortunately, on the part of all parties directly or indirectly involved in his desire to take steps for peace. As a result, the drama and bloodshed continued.

But the really “right side of history” is peace, and I’m not at all sure that there are forces at the moment that actually support it, whatever the rhetoric. Instead, planetary divisions deepen that could easily degenerate into global conflicts between powers that possess enough nuclear weapons to destroy the planet.

Our planet is literally burning. Climate change is no longer just a statistical fluctuation, but a part of our daily lives and the promise of tomorrow’s nightmare. That is, it is a nightmare that by the middle of the century parts of the planet will be literally uninhabitable.

Worse, instead of this leading to a real revolution in the way we think and act, what we see is a race to catch up with the countries and companies that exploit fossil fuels the most.

Our world is still very unequal and polarized between absurd poverty and wealth. On the one hand, the Global South and the poor of the Global North, and on the other, the arrogance of the wealth of those who have more individual wealth than the GDP of large countries. Meanwhile, billions still do not have access to essential goods and services. And when they make the decision to leave to find a better fate elsewhere, they face all kinds of fences and the possibility of sinking into some sea lanes of despair.

Our country is also in crisis. Behind the noise of traditional political confrontation, one can discern strategic confusion, the difficulty of formulating policy in terms of perspective, the inability to manage interests that have become more urgent, the constant temptations to “detour” even at the expense of basic rights, the absence of substantive dialogue and fortification behind communicative orders.

We barricade ourselves behind any “development” statistic that suits us or invest in the next elections, but the problem of a country without cohesion and above all without a vision remains, with symptoms of a deeper and more comprehensive social disease, from violence and abuse to the constant threat of the far right.

In the midst of all this, it is hard to see the signs that would allow optimism to return. The more compulsively happy people try to appear these days on social media, the more real stress, fear, and anxiety they have.

But the hope we’re looking for won’t just come. We have to bring it. It’s in our hands. in our own collective effort. in our collective resistance. In our rebellion, if necessary, against all that threatens to make our world uninhabitable. In our continuous revolution of thought, action, and ultimately hope.

Then “dreams will take revenge.”

And this is the best wish we can give you, along with the commitment that in the coming year it will still be in the forefront of information, to offer food for thought, to be a platform for dialogue and above all to try to read first the signs of hope.