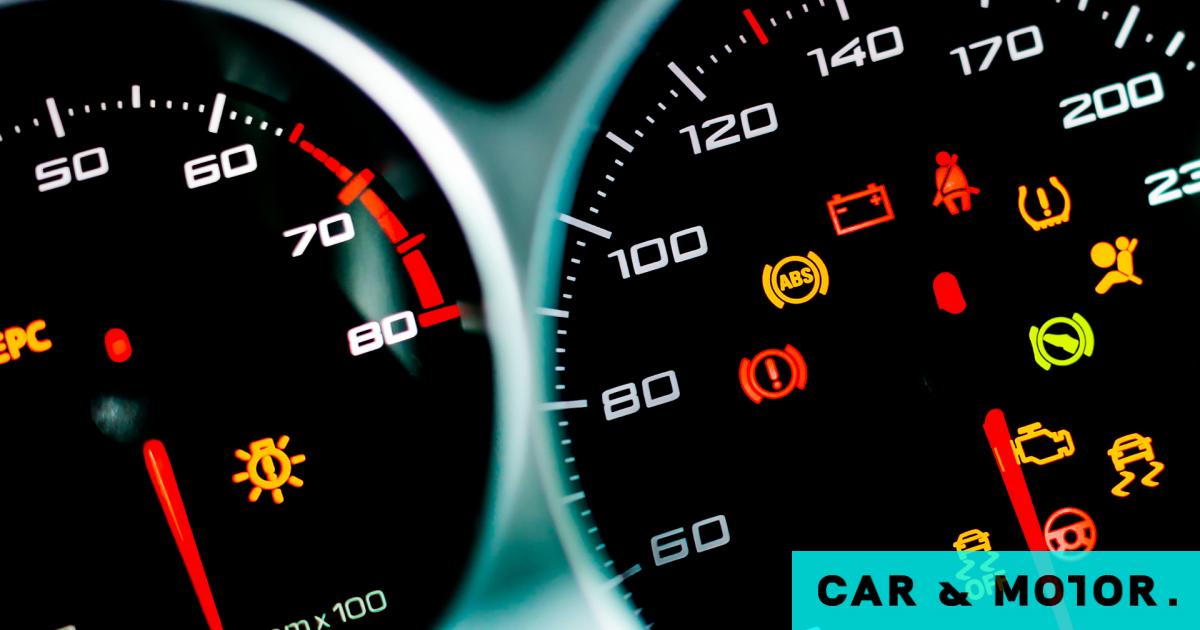 Modern cars notify their drivers of almost everything through dashboard displays, and some of them require immediate attention from the driver.

Modern cars have now reached hyperinformation levels, which, through dozens of sensors and electronic “monitoring” and data-measuring systems, present to the driver’s eyes information that until a few years ago could only be found in … a combat aircraft.

Undoubtedly, any information the driver receives through the vehicle’s displays offers some benefit, though The most important ones are displayed on the screen or instruments right in front of him.

In addition to useful basic information presented on the dashboard, such as driving speed, fuel level and engine temperature, theThe car can alert the driver and warn him about the activation of various systems, their correct operation and any malfunctions that may have occurred endangering his physical safety.

Warning signs displayed on the dashboard They are separated by color into less or more important and they are blue, green, yellow or red, the last two are the ones that the driver has to pay attention to More when they appear – green usually indicates that the system is on, as does blue.

Let’s take a look at five signs of good luck that are not usually seen on a car’s dashboard and therefore may be unfamiliar to new and old drivers. However, they require immediate attention, as malfunctions or damage they indicate can quickly develop into something worse and endanger their life.

Certainly one of the indicators that a driver rarely sees in a car, the red battery indicator must be dealt with immediately on his part and with correct procedure. This indicator indicates a significant problem in the power supply to the vehicle’s electrical circuit, most likely damage to the dynamo.

If the red battery indicator appears on the dashboard, do not turn off the engine and go directly to the workshop. However, if the vehicle is equipped with a power steering system, stop immediately to a safe place and call Roadside Assistance.

A red circle with an exclamation mark in the middle

Activating this indicator notifies the driver that there is a serious problem with the vehicle’s braking system, either due to complete wear of the pads or because there is a leak in the brake fluid circuit. In this case the vehicle must stop immediately, as there is an immediate risk that the brakes will stop working completely.

It can also mean that the car is moving without disengaging the handbrake, in which case it only requires the driver to release it.

Yellow signal for a person with a seatbelt and airbag

With the indicator yellow, the levels of ‘alert’ on the driver’s side could be lower, although the situation should be dealt with immediately.

Could this particular clue mean two things? Either the driver has deactivated the front passenger airbag or there is damage to the vehicle’s seat belts or airbags and both systems may not operate and cooperate properly in the event of an accident.

As an indicator, the yellow steering wheel with an exclamation mark on the instrument panel is activated when there is a problem with the steering system and specifically with the rack assist system. The driver may have detected the problem earlier because the steering wheel may feel heavier than normal and require more force to turn. So it is recommended to visit the workshop as soon as possible.

Yellow circle with a turtle

This indicator is also relevant for drivers of hybrid and pure electric vehicles and indicates a problem with the vehicle’s drive system. Because of the problem, the central ECU puts the vehicle into “critical mode” and significantly reduces system performance to prevent the damage from worsening.

In any case if you haven’t already, A comprehensive look at the Owner’s Manual for your vehicle manufacturer located in the glove box in front of the passenger seat.And It is imperative Where you will find all the explanations you need and for the dashboard indicators, which may be slightly different from those presented here.