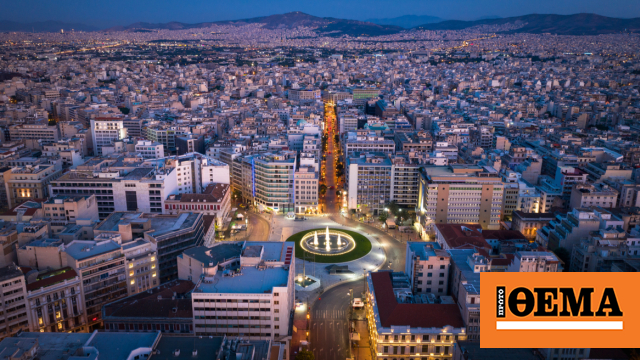 The Minister of Development and Investment mentioned the reasons that prompted the government to amend the golden visa framework, Adonis Georgiadisduring the discussion that develops in the plenary session.

“Until today, a five-year golden visa – that is, a residence permit – was granted to every investor who made a property investment of €250,000 or more. Through the arrangement that we are now proposing, for the center of Athens, for the southern suburbs of Athens, for the northern suburbs of Athens and for the center of Thessaloniki, as well as for some other suburbs Areas of high economic activity, such as Mykonos and SantoriniLimit 250,000 change to 500,000 Euros for a property,” said Adonis Georgadis, explaining: “The Golden Visa program has been going very well all these years. It has been brought into the Greek economy, since 2014 when it was first voted on Noti MitarakisThe then Deputy Minister of Development in the Samarra government had nearly 3 billion euros in investments. However, with the very significant increase in construction and real estate activity and the growth of the Greek economy in recent years along with the rise of the golden visa, in the center of Athens and in the center of Thessaloniki, A significant increase in rental prices is generated. Airbnb, which is integrated with all of this, has certainly played a role in this. So to reduce pressure on their properties and rents in these areas, we are raising the limit so that they cannot buy small apartments in these areas to convert to Airbnb and keep the golden visa.”

Because this is a sudden and wonderful change, We give until 4/30 To anyone who has already signed an agreement to give a down payment and take possession of their property at the old price, which is 250,000 and the golden visa, so long as they have made a down payment by 4/30 and have completed their transfer by the end of the year. “Therefore, we are giving a reasonable period of time for the market to adjust, so that no harm is caused to the golden visa,” said the Minister of Development and Investment.

Mr. Georgiadis also indicated that the arrangement under which the company was reorganized as “Shipbuilding and Industrial Enterprises” Elefsina SA “is exempt from the obligation to provide tax and insurance information to any authority and body until December 31, 2023.

“The first ship under the flag of Mr. Petros Papa has already gone to the shipyard and is being repaired. I can announce to the house, and something I have not said, that quite a few ships are expected to go for repair in the next few days. Of interest so far, it is expected that in February all the docks of the Elefsina shipyard will be full of Greek ships to be repaired at the shipyard,” Adonis Georgiadis said, explaining: “So, the issue was: how will the workers work and They will be paid normally and their insurance fee will be paid And will the financial activity be carried out correctly, since this company is undergoing reorganization and due to old debts cannot have the relevant information? For this reason, we are giving a notice in accordance with the law, so that the shipyard can operate and the workers can be paid normally in the interim period, until the court accepts the reorganization plan.”

Under a microscope, a machine may have been used by the perpetrators of the Rolex robbery