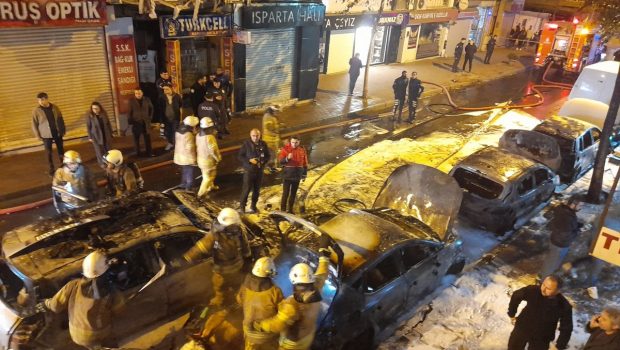 while they are broadcasting files Turkish mediaFor an unknown reason so far, a fire broke out in a car in the Fatih neighborhood (located in the city center on the European side), then it spread and spread to four other cars.

Several explosions were heard in the place, which caused panic among the residents of the area. Police and firefighters immediately rushed to the area.

No suspicion of terrorism or arson

The police opened an investigation into the cause of the accident, while asking for the information of the owner of the car in which the fire broke out for the first time.

According to what was reported in the media of the neighbor, the latter stated that while he was driving, he smelled petrol. “I stopped my car to withdraw money from the ATM. I checked to see if it would work again before going to the ATM. In the meantime, the car caught fire. I got out. The fire also spread to other cars.”

However, after the first investigation, the news appears to be reassuring and the situation does not cause concern, as there are no suspicions of terrorism or arson.

See also  In Gironde, a young company implants the future with human urine