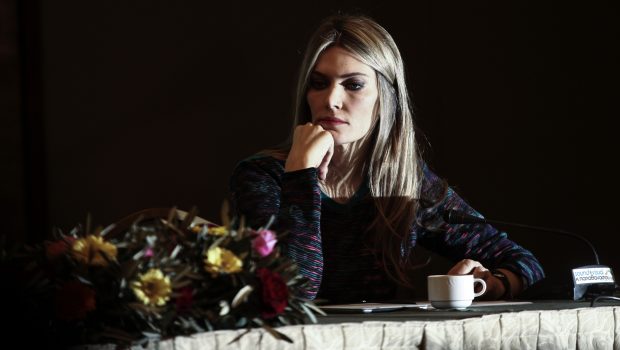 scandal Qatargate With the financing of politicians and officials of the European Parliament, it seems that it will not only have political effects, but also social ones.

And this is due to the two central figures in the case, which caused serious shocks in the political life of the ancient continent, the former vice-president of the European Parliament Eva Kylie And her partner – the father of her child – Francesco Giorgi, is on a final break.

According to The Information, the couple was one step away before the breakup, with Eva Kylie’s side confirming that she trusted the wrong person.

“She feels betrayed, for the briefcase, by the man she trusted. She wonders how she allowed this ‘poisonous beast’ to be in their home and not informed her,” said Eva Kylie’s lawyer, Michalis Dimitrakopoulos, speaking to Star.

Meanwhile, Francesco Giorgi is expected to appear before a pre-trial panel in Brussels on Thursday to decide whether to remain in custody or be released on parole.

Will he give Banshee other names?

Depositing is underway for the “mastermind” of the Qatargate affair, Antonio Panzieri, who has reached an agreement with the Belgian authorities in order to obtain better treatment in return for providing information about the episode.

Pancheri’s testimony is kept in the strictest confidence, not only as to what he says, but also more generally with where and when the former MEP’s testimony was taken.

Rumors in Brussels say that he intends to give new names and new countries, as the agreement he has made with the authorities says, while there are strong rumors that he will also include French deputies.

See also  Study: Merck's drug may be linked to new coronavirus mutations - what is the company responding to?

According to sources from Brussels, Pancheri wants to “remove” the role of mastermind in this case from himself, “referring” to Qatar.