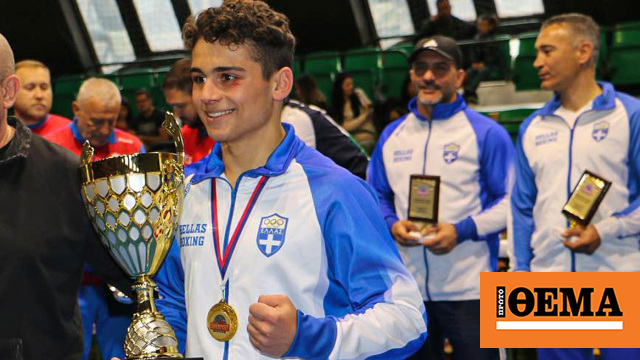 Medical examiner Sokratis Tsantiris, who undertook to examine the body of the unfortunate athlete, told protothema.gr that what he found was a very severe brain injury that led to brain necrosis. It is reminded As the father of the young athlete Dimitris Topalos and the owner of the Tavros gym told protothema.gr, Nikos Idakos The 16-year-old had a fainting fit and collapsed in the bathroom of the gym where he was exercising.. However, according to forensic sources, similar injuries occur in traffic accidents after violent collisions.

As the medical examiner Sokratis Tsantiris said, the first x-ray that Vassilis Topalos was presented with shows some results that we will have to wait a few more days for safe conclusions to be drawn.

At the center of the investigations is an experienced boxer

Testimony of the veteran and older boxer who allegedly faced Vassilis Topalos In conjunction with the completion of the forensic investigationwill shed light on the cause of the fatal injury to the 16-year-old, at the discretion of the authorities.

According to information from protothema.gr, in the context of Preliminary investigation All those who attended that fateful morning at Nikos Gidakou’s gym in Tavros will be called to testify. Among them, the experienced and older boxer who allegedly faced the sixteen-year-old in a sparring match. Although the child’s father insists it was an accident, his grandmother’s testimony perhaps gives another dimension to the case. In statements to the Alpha newsletter, she said that her grandson played in a different league than the one appropriate for his age. And his weight and how he was weighed down by the blows he took to the head and face from an opponent boxer as he came from intense training in the bag the night before, his father told protothema.gr.

“It looks like he passed out and fell and hit his head really hard. Our baby was in intensive care. There he fell into a coma for 17 days and died. We found out there was sparring, and they put him with one I am 20 years old About 70 kg We were 60 kg and 16 years old. that’s what we knowconfirmed the 16-year-old grandmother.

It is noteworthy that in the case of the death of a 16-year-old boxer, the Supreme Court intervened. More specifically, the Deputy Public Prosecutor of the Supreme Court, in charge of sports affairs, requested that the investigation into the causes of death of the 16-year-old be completed as an absolute priority and that the possible criminal responsibilities be searched in all directions from the specialist. Sports Prosecutor.

It is worth noting that the Public Prosecutor intervened ex officio immediately after the young hero was injured, and ordered an initial examination at the General Authority of Civil Aviation, which is expected to be completed soon. The funeral of the unfortunate 16-year-old hero Vassilis Topalos will take place tomorrow in the sacred church of Agia Triada and his burial in the Schistos cemetery.

See also  Smiles at Koropi - back to Panathinaikos!