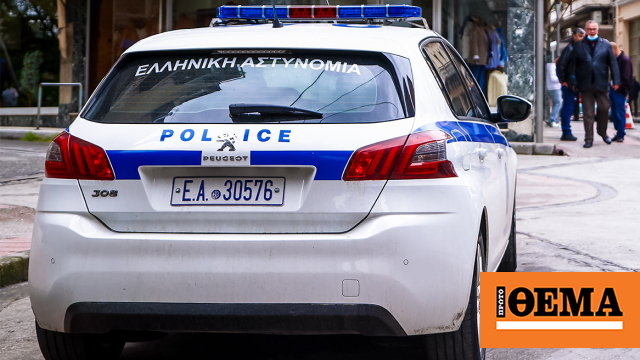 A boy punched a hole in a shop in Feria He went unnoticed and grabbed the owner’s bag from the inside, which contained a “treasure” of 6000 euros in cash, bank cards, personal documents and various things!

The theft occurred on the afternoon of October 15 and was resolved on Thursday by security. During the investigation, it emerged That the perpetrator was a Greek minorwho was spotted by the police and handed over the stolen bag to himwith its content, But without… the money! He was charged with theft involving his parents on charges of neglecting the supervision of a minor, but an investigation is underway to find the stolen money.

A vagabond stole a large amount of an old man

Under the pretext of selling olive oil, a hiker persuaded an 85-year-old man to let him into his home in an area kozanis, On the morning of October 20. While the old man was weighing how much he was going to buy, the offender found an opportunity to break into the warehouse of his dwelling and pocket his savings of 4,300 euros which he hid there! As part of the preliminary investigation, the 35-year-old street vendor was identified and a case was filed against him, which was submitted to the Plimmeliodiki Kozani Public Prosecutor.

Kallithea: Punched a 76-year-old man to death because he told him not to swim where he was fishing!

USA: Nancy Pelosi’s home burglary mystery – her husband is in hospital from a brutal attack

See also  Russia: This is the new military commander in Ukraine