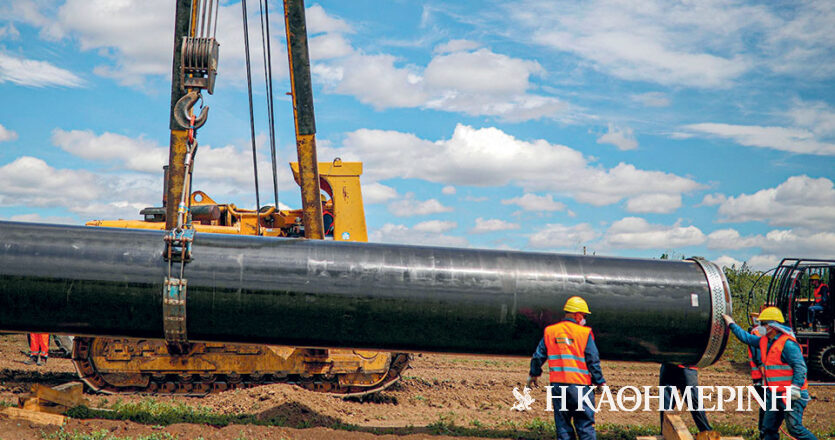 The pipeline from Alexandroupolis to Burgas can be an important part of the vertical south-to-north axis that will cross Greece, Bulgaria, Romania, Hungary, Ukraine and Moldova, using existing and new natural gas infrastructures to supply Central and Eastern Europe with LNG that will reach Greece from different sources. [Reuters]

Mobility at the diplomatic and commercial level to revive it in full swing Bourgas – Alexandroupoli oil pipeline.

The project conceived by Nikos Grigoriadis in 1993 (consultant of Latsis Group) to transport oil from the Caspian Sea to Bulgaria and from there via Burgas to the Greek port of Alexandroupolis for its departure by tankers to international markets bypassing the Bosphorus Strait. In 2007 one step before the start of implementation, only to be canceled after three years with a unilateral and sham withdrawal Bulgaria For environmental reasons, it returns with the same steering but for a different purpose and with oil in the reverse flow.

Not from Burgas to Alexandroupolis but the other way around. In the Greek port which it evolves into energy centerThe oil will come from sources outside Russia and through the pipeline will end up in Burgas to be directed from there to markets Balkans Which Eastern Europe. It is a pipeline of smaller capacity, namely 10 million tons of oil per year as opposed to the 35-50 million tons that the original plan envisioned flowing from north to south. The pipeline will follow the path of the IGB natural gas pipeline to some extent. Bulgaria, whose withdrawal in 2011 from the interstate agreement with Greece and Russia that it signed in 2007 led to the collapse of the project, is the one that seems to be, at least in the foreground, taking the lead in its revival and its work in the reverse flow. The plan to revive the Burgas-Alexandroupolis oil pipeline was first announced on November 20 by Bulgarian Energy Minister Rosen Kristof at the IENE conference in Athens. In 2024, the exemption obtained from the European Union expires. Bulgaria for oil supplies from Russia, acknowledging the argument of the Bulgarian side that its refineries Lukoil Burgas It was built to run exclusively on Russian crude, while Turkey in the meantime has quintuple the Bosphorus transit tolls, factors forcing the Bulgarian government to find an economically viable supply solution consistent with the European policy of not being dependent on Russia. The Burgas-Alexandroupolis pipeline, according to Rosen Kristof’s statements in the Bulgarian media, is the only solution to ensure the long-term operation of the refinery with cheap oil.

See also  Screkas: When will solar water heaters be subsidized - a new "save" will come

On the Greek side, on a business level, an instrumental role has been taken in reviving the plan Kopelouzo Group. In fact, the head of the group, Dimitris Kopelozos, on the sidelines of the inauguration of the new natural gas plant in Alexandroupoli, confirmed his interest in the project and indicated its main characteristics. In a conversation he had with K. He indicated, among other things, the maturity of the project, as it would rely on technical studies that were carried out in the previous stage of its development, as he had worked to ensure environmental studies. It will only be necessary to update an economic study based on new data on material prices and their limited capacity. This means that once an investment decision is made, which requires agreement at the transnational level, the construction of the pipeline will quickly “work”. 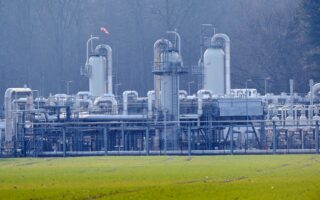 The Burgas – Alexandroupoli pipeline is the only solution in Sofia for the continuous operation of the Lukoil Burgas refinery with cheap oil.

It seems that the project in its new form and unlike the original plan has the full support of the United States and the European Union. Under the strategy of complete dependence on Russian fossil fuels. Factors familiar with discussions in diplomatic forums estimate that it is precisely because he supports this policy that he will be included in the PCI list, paving the way for securing funding from both the EBRD and EIB. The same factors denoting “k” The geopolitical dimension of the project “as another component of the natural gas vertical corridor which is also complemented by the transport of oil from the south to the north” which highlights Greece as an entry gate as well as a transit hub.

This vertical axis will cross Greece, Bulgaria, Romania, Hungary, Ukraine and Moldova, using existing and new natural gas infrastructures to supply Central and Eastern Europe with LNG that will reach Greece from various sources, in Revythoussa, at the Alexandroupoli LNG terminal which is already under construction but also new FSRUs which They are being promoted (Motor Oil in Aghios Theodoros, the second FSRU from Gastrade also in Alexandroupoli, the ELPE project in Thessaloniki and Mediterranean Gas in Volos).

The main “link” of this vertical axis is the IGB pipeline connecting Greece with Bulgaria and transporting gas from the TANAP – TAP system to the Bulgarian market with the possibility of also transporting gas from the new Alexandroupolis FSRU. The axis is also expected to be bolstered by the use of the decommissioned Trans-Balkans Pipeline (TBP), which has transported Russian gas through Ukraine to southeastern Europe for 30 years and is preparing to operate in reverse flow. The capacity of the Trans-Balkan pipeline is 17 billion cubic meters. of gas and 7.5-8 billion of this will be covered by gas that will be transported through the Greek system from Bulgaria to Kyiv and Budapest. The Macedonian market will also be supplied with gas that will reach Greece via TAP or via LNG terminals. Within the first quarter of the year, the Department of Economic and Social Affairs anticipates the investment decision to construct a pipeline connecting Nea Misimvria with the Negotino region of North Macedonia.

Athens and Brussels annoyed by the Bulgar Gas and Botas deal

Bulgaria’s decision to turn to Turkey for the supply of natural gas has caused concern and alarm in circles inside the country as well as in Brussels, while committing to a long-term agreement of 13 years.

On January 2, state-owned Bulgar Gas signed an agreement with Turkish state-owned natural gas company BOTAS, which gives Bulgaria access to Turkish LNG terminals as well as the natural gas transmission network to supply 1.5 billion cubic meters. of gas annually. The total consumption of Bulgaria is 3-3.5 billion square meters. And in 2022, 2-2.5 billion will be covered by LNG from the Revythoussa terminal.

Bulgaria is also participating through Bulgargaz in the new Alexandroupoli terminal and has allocated volumes of 1 billion cubic metres. gas, while it was in discussions with the Greek side and the shareholders of FSRU Alexandroupolis for its participation and in a second FSRU plan in the same region of a purely export nature.

That is, the gas that will reach this second terminal will be directed through the IGB to Bulgaria, and from there to Romania and Ukraine.

This plan, according to the estimates of agents familiar with the market and geopolitics, weakened after the agreement with Turkey, through which Bulgaria will cover more than a third of its needs, while the volumes amount to one billion cubic meters. It already imports gas from Azerbaijan. Some are even talking about an “unequal” agreement with regard to Greece, but that is part of the concern it has caused.

The other relates to the deal’s role in geopolitical competition for energy, as geopolitical insiders discuss Russia’s ambitions to make Turkey a supplying hub for Europe by pumping cheap oil and natural gas into its markets, and reach Europe as Turkey bypasses sanctions. They say, for example, that the gas that will be supplied to Bulgaraz from potash cannot be checked whether it will be converted into liquefied gas or Russian gas.