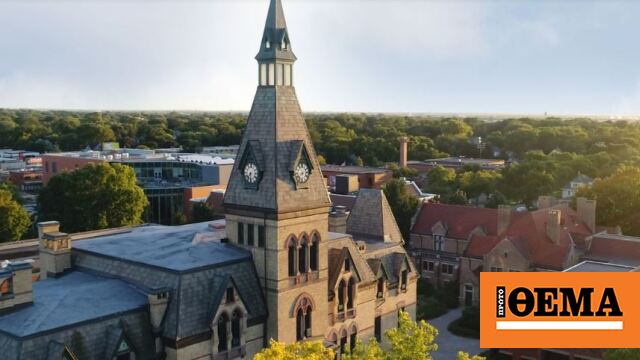 Her position is as an assistant professor Hamlin University “Suits Erica Lopez-Prater Her decision to show the pupils during the lesson a board containing a picture of Muhammad;

to me The New York TimesThe reaction of Muslim students at a small private university in Minnesota, USA, led to her being called up IslamophobiaIncident, stop working with the teacher.

As the American newspaper points out, Prater was well aware that a large portion of Muslims did not accept any depiction of the Prophet of Islam. For this reason, I have taken all necessary measures not to affect the religious beliefs of students who have chosen to attend the course. art history the previous semester.

In the curriculum, the assistant professor warned that the images of the holy figures are among them Prophet Muhammad and Buddha. In fact, I asked any female student who had the slightest reservations about the material to be shown in class to contact her to discuss it, but no one responded to this prompt.

Even on the day she showed her students the 14th-century painting of Muhammad, she had made sure to give them a few minutes’ notice, giving anyone who didn’t want to be present a chance to leave. No one took advantage of this opportunity and all the students stayed in Prater’s class. After the professor showed the painting—which many experts consider a masterpiece of the period—a young female student present complained to the administration. Other Muslim students, who did not attend this course, were quick to support it, saying that this act constituted attack their religion. They called on the university administration to take action, and it was soon announced to Prater that Hamelin would not need her services the next semester. In emails to students and faculty, administrators called the incident “anti-Islam,” and Hamlin’s own boss signed a letter saying respect for Muslim students must win. Academic freedom. A few days later, at a local event, a Muslim speaker who was invited said that showing pictures of the Prophet in class was like a professor claiming that … Hitler was a righteous man.

her supporters freedom of expression They started their own campaign. A historian of Islamic art wrote a lengthy op-ed in support of Prater and began collecting signatures, asking the university’s board of trustees to investigate the matter further. 2800 people Sign this petition. Heavy criticism ensued from several human rights groups, with the NGO PEN America calling the incident “One of the most heinous violations of academic freedom in recent years.”

Although many university officials refused to speak to the paper, the college president issued a statement supporting the decision, emphasizing that it was essential for all students to feel safe in class.

As for the student who filed the complaint, she said in an interview she gave last December to a university newspaper that she was “surprised” and shocked to see the photo.

“I was thinking, This can’t be true,” said Miss Oudatala, out Sudan. “As a Muslim and black woman, I don’t think I would ever feel welcome in a community that doesn’t show me the same respect that I show them.”

Grief over the sudden death of Panagiotis Tezino

“You shouldn’t have married your teacher” – the question surprised Macron

A man got on stage and hit Antipa – watch the video