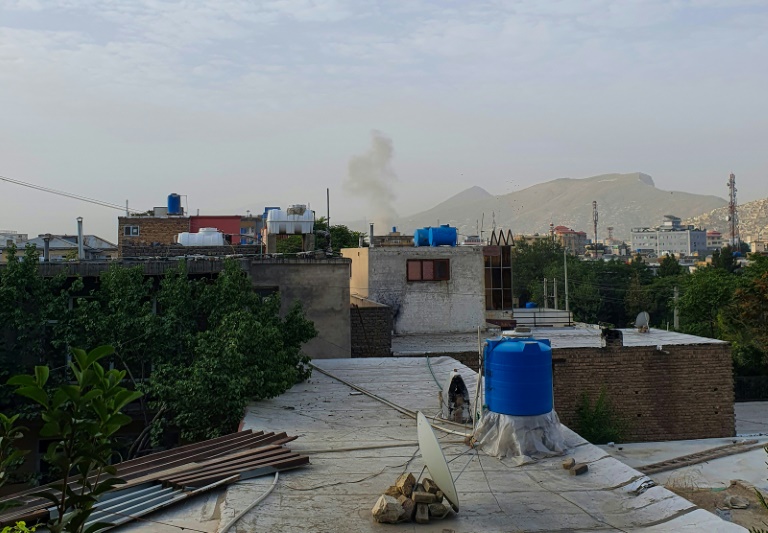 He was killed on his balcony in the center of Kabul by a drone strike? On Tuesday, Afghans questioned the announcement of the death of the al-Qaeda leader who had been hiding among them for months in the heart of the Afghan capital.

On Monday, US President Joe Biden announced live on the death of Ayman al-Zawahiri, one of the most wanted terrorists in the world, for whom the United States promised $25 million for any information that would allow him to be found.

Sunday morning, Afghanistan time, “On my orders, the United States carried out an air strike on Kabul, Afghanistan in which the emir of al-Qaeda was killed,” he released during a short speech from the White House.

A US official said that a drone attack with two missiles, without any military presence on the ground or any other victim than al-Zawahiri, and without significant damage.

We’ve seen such publicity in the past and none were (real). In fact, I don’t think he was killed here,” adds Fahim Shah, in an interview with AFP.

Abdul Kabir, a resident of Kabul, of course heard the explosion caused by the raid shortly after 6:15 am on Sunday. But he, a skeptic, is asking the United States to provide evidence to support its claim that al-Zawahiri was killed.

“They should show the world that they killed this man and provide the evidence,” he said.

“They could have killed someone else and declared him the leader of al-Qaeda (…) There are many other places where he could be hiding, in Pakistan or even in Iraq,” he suggests.

According to the Americans, Ayman al-Zawahiri was living in a three-storey house located in Sherpur, an upscale area in the center of the Afghan capital, where many of the villas are occupied by senior Taliban officials and leaders.

He was martyred on his balcony, where he was seen several times and for long periods.

On Sunday, the Afghan Interior Minister denied reports of a drone attack in Kabul, telling AFP that a missile had hit an “empty house” in the capital.

But early Tuesday morning, Taliban spokesman Zabihullah Mujahid tweeted that an “air strike” was carried out using “US drones.”

Muhammad Bilal, a student, also believes that the al-Qaeda leader is unlikely to live in Kabul.

“It’s a terrorist group and I don’t think they will send their leader to Afghanistan,” the young man said.

He recalls that “the leaders of most terrorist groups, including the Taliban, lived either in Pakistan or in the United Arab Emirates when they were in conflict with the old Afghan forces.”

On the other hand, for Frishta, a housewife who believes in the death of the al-Qaeda leader, the fact that “knowing that he lived here” in Kabul is “shocking,” she said, refusing to give her opinion. .

A critic of the Taliban government, a merchant from the center of the capital, who also did not wish to be identified, believes that penetrating the Afghan border makes it easier for terrorist groups to enter the country.

“We don’t have a government. We are unable to protect ourselves, our land and our property.