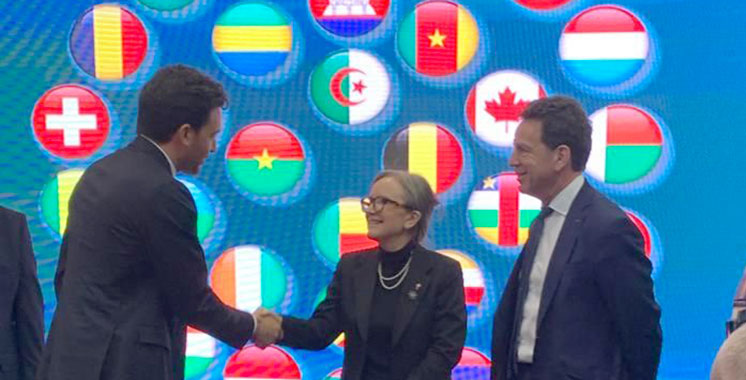 The President of the General Confederation of Moroccan Enterprises Chakib Alj has been elected, Secretary-General and member of the Executive Council of the Francophone Employers Alliance (APF), which organized the official signing ceremony of the founding agreement on Tuesday in Tunis. .

The General Confederation of Moroccan Enterprises was represented in this ceremony by its vice-president, Mahdi Tazi, who moved with the heads of employers’ federations in 25 countries to the official signing of the statutes for the establishment of this alliance.
The Asia Pacific Forum, whose presidency has been entrusted for two years to the Mouvement des Entreprises de France (MEDEF), aims to accelerate the flow of business between private companies. The Alliance’s first formal meeting also made possible the launch of seven thematic working groups, including the group entitled “Facilitating Investments and Joint Investments”, which is co-chaired by CGEM and the Madagascar Group of Companies.

The Tunisian Prime Minister, Najla Boudin, who chairs this ceremony, stressed “the importance of the approach aimed at giving substance to a more active economic Francophonie, the outlines of which were outlined during the last meeting of French-speaking businessmen in Paris in August 2021”.
To add that this new framework of economic partnership “is absolutely necessary because our French-speaking region in the north and south is facing great challenges that require greater rapprochement and solidarity against the background of the health crisis and conflict in Ukraine and its social and economic ramifications.”
She noted that “in the face of this unprecedented situation, the alliance of francophone patrons is of particular importance because it provides an appropriate platform to formulate together innovative and ambitious approaches with the aim of intensifying our economic exchanges and exploiting all the economic potential, which we possess. The French-speaking space hides.”

“In addition to the common cultural and linguistic base, our space represents a market of more than 500 million people and constitutes 16% of global GDP with an average annual growth of 7%,” said Ms. Bowden.