In an offer that reached the hands of the site’s journalists tom devices And the Cards videoAMD claims that its RDNA 3 architecture graphics cards are better suggestions than the new GeForce RTX 4080 launched this week.

In the first slide of the show, AMD compares the Radeon RX 7900 XT and RX 7900 XTX to the GeForce RTX 4080, setting the “target” for its graphics cards in terms of performance and essentially showing users what they can expect in the performance department. . As you can see, the company is comparing RDNA3 Computing Units (CUs) to Stream Multiprocessors (SMs) in an NVIDIA graphics card, which is an interesting comparison.

In the same slide, AMD in Phase 1 compares the theoretical performance of graphics card shaders (Shader FLOPs), with the Radeon RX 7900 XT and Radeon RX 7900 XTX performing 52 TFLOPs and 61 TFLOPs and the GeForce RTX 4080 performing 49 TFLOPs. It also reminds us that its graphics cards have a DisplayPort 2.1 connector, when the GeForce RTX 4080 is limited to DisplayPort 1.4. In the next slide, AMD notes that both the older Radeon RX 6950 XT and RX 7900 XT/XTX are shorter and thinner than the RTX 4080. Also, while NVIDIA’s graphics card requires the new – and potentially problematic – 12VHPWR connector, AMD is still using Standard 2x 8-pin PCIe connectors. 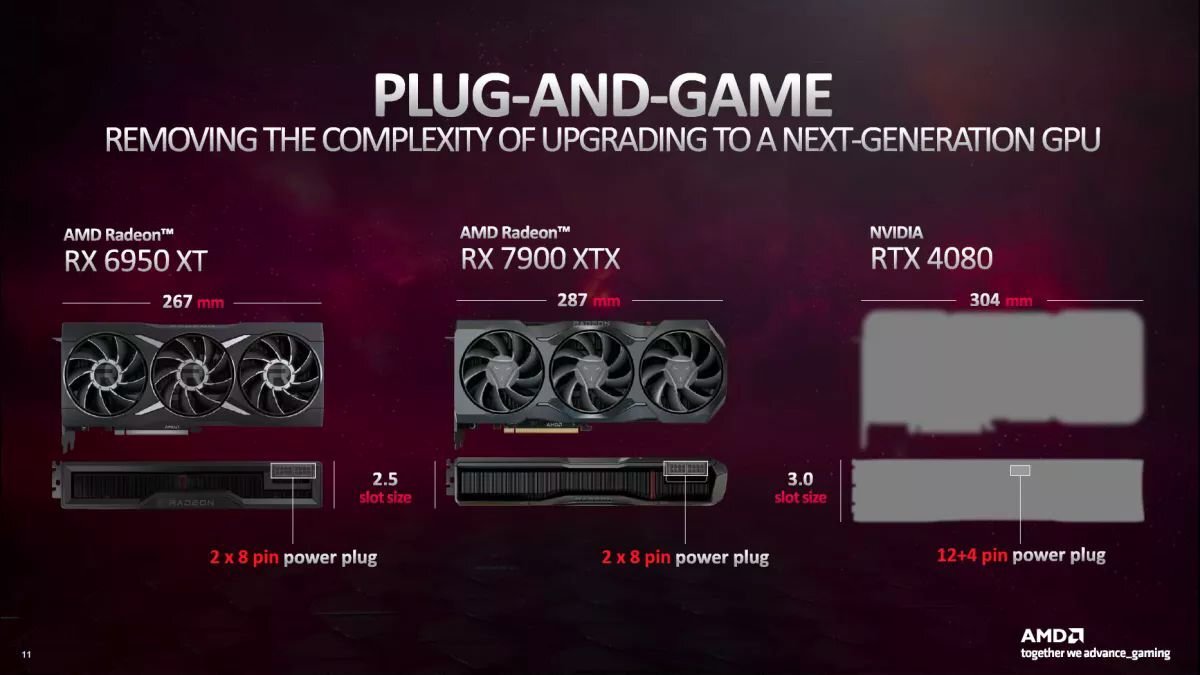 Continuing the presentation, AMD shares some benchmarks in several popular games/benchmarks highlighting that the new RDNA3 graphics cards deliver up to 67% improved performance in rasterizing workloads compared to the Radeon RX 6950XT and up to 82% higher performance in Workloads in ray tracing. Of course, it didn’t fail to show performance with FSR on/off either. 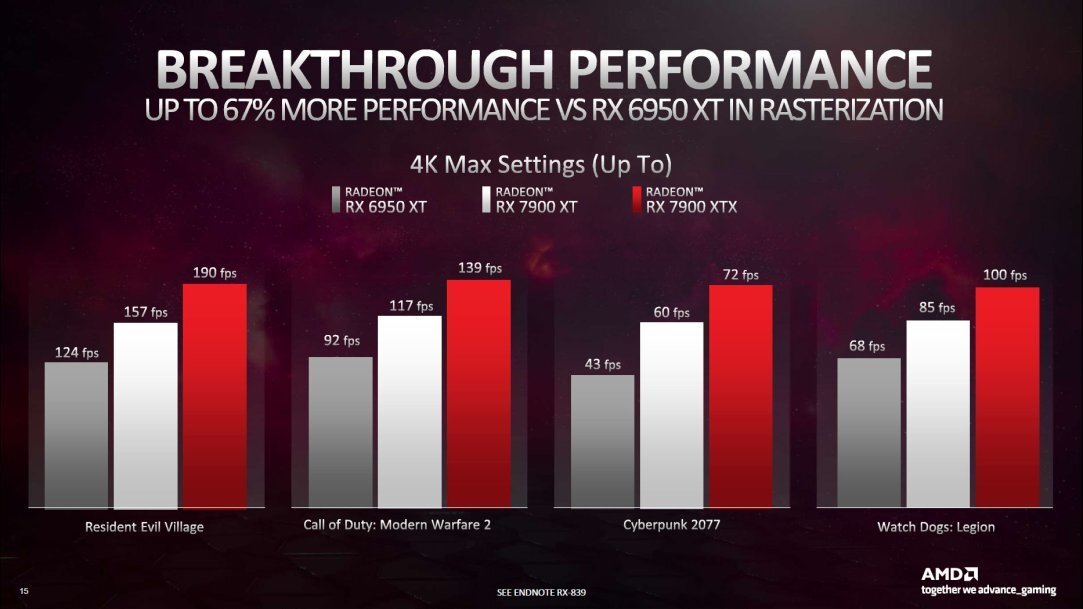 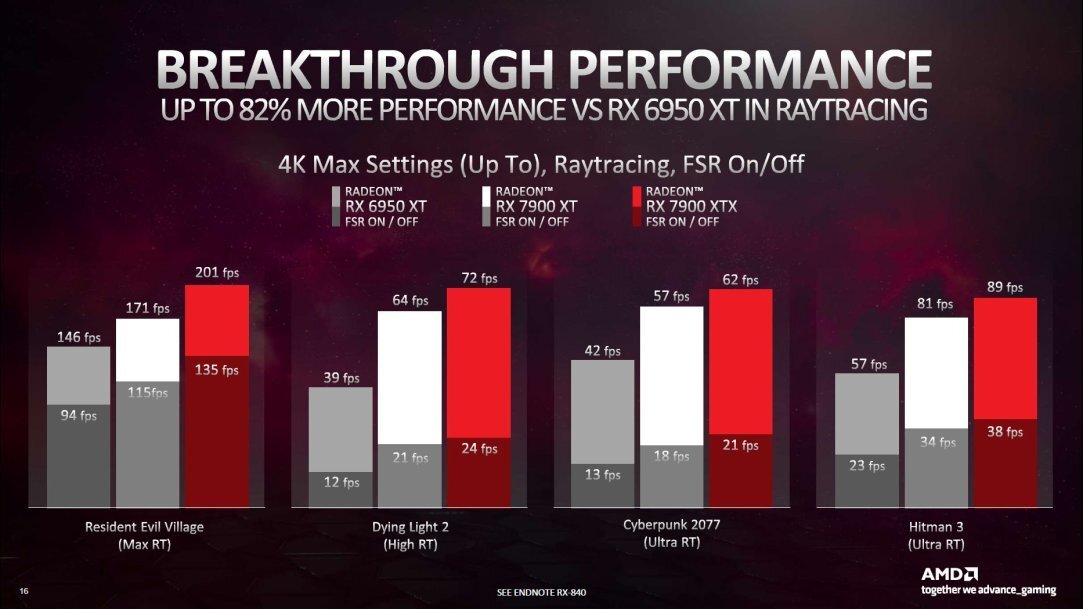