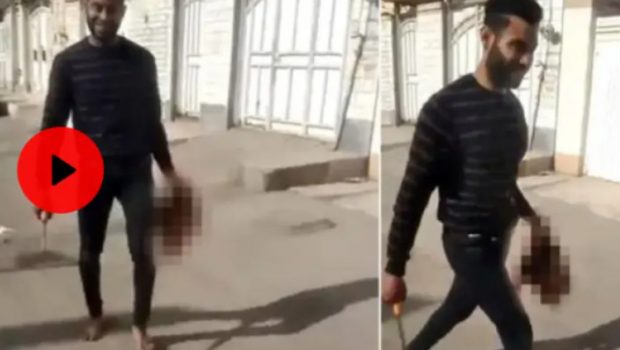 An Iranian man was sentenced to just over eight years in prison for In 2022 he beheads his wife Then she turned her head in the street, an affair that shocked her countryThe judiciary announced today.

He accused her of adultery

Mona Heydari, 17, was murdered in February 2022 by her husband who accused her of adultery and her brother-in-law in Ahvaz, the capital of Khuzestan Province in southwestern Iran.

A video showing her husband walking down the street smiling while holding her head has caused shock and outrage in Iran.

He added, “The man was sentenced to seven and a half years in prison for deliberately killing a Muslim woman and eight months for insulting.”

The punishment is final

He stressed that “the accused has no right to appeal the verdict, and the decision is final.”

“The second accused, Heydar Heydrenfa, was sentenced to 45 months in prison for complicity in manslaughter,” Sitajesi noted.

When he was only 12 years old when he got married

At the time of the incident, local media reported that Mona was only 12 years old when she was married and the mother of a 3-year-old when she was killed. The 17-year-old fled to Turkey to escape her husband’s abuse, but her close relatives forced her to return to Iran.

After the tragic incident, many human rights advocates called on the Iranian authorities to amend the law to protect women from domestic violence and to raise the minimum marriage age for girls, which is now 13.