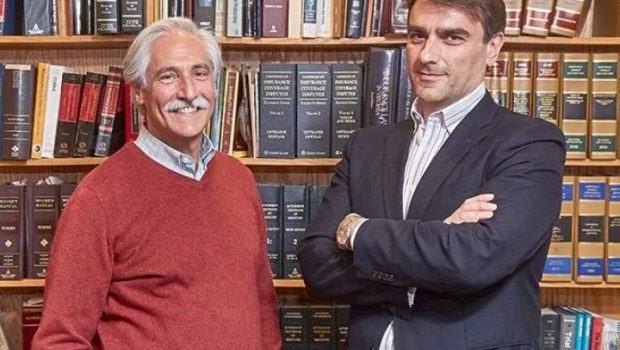 Outstanding expatriate lawyer Andreas Akaras has become a target of Turkish netizens, after US Supreme Court decision to refuse her request turkey To review the two preliminary decisions related to the Sheridan Circle incidents, when Erdogan’s bodyguards attacked protesters outside the residence of the Turkish ambassador in Washington on May 16, 2017.

Among the group of lawyers handling the case is the distinguished attorney originally from Halki, Andreas Akaras, who has been actively involved from the start and has devoted hundreds of hours.

After developments according to “Democracy of Rhodes”Andreas Akaras is receiving online attacks from Turkish users who have paraphrased his nickname, referring to, slandering and targeting him on major online social media platforms.

In this way, they do not hide their anger at him for his catalytic contribution in not accepting Turkey’s request to dismiss two appeals filed by protesters demanding compensation.

It should be noted that the US Supreme Court did not accept the claims of the Turkish side that US law protects foreign countries from lawsuits against them (Foreign Sovereign Immunities Act), which was decided by first instance decisions.

It is reported that Ankara warned that a possible rejection by the Supreme Court would “burden the international relations of the United States.”

Now, the Supreme Court’s decision paves the way for the lawsuits to be heard in Washington District Court. As reported in the memos, the protesters were repeatedly punched, kicked, insulted and threatened by the Turkish president’s guards, with gestures suggesting beheading.

One of the women lost consciousness and suffered convulsions, while other protesters reported suffering from post-traumatic stress syndrome, depression, nightmares and concussions.

The Supreme Court postponed its ruling, asking the government to take a stand on the various legal issues raised by the case. A document submitted by the US Department of Justice to the court states that protesters injured in the accidents can sue Turkey, and US courts have correctly ruled that the US ally does not have legal immunity.

According to the objections of the legal representatives of the Turkish government, Erdogan’s bodyguards had the right to use physical force because they had to protect the head of state they were accompanying from a disorganized situation.

The violence occurred as the Turkish president returned to the embassy after visiting the White House and meeting with then-President Donald Trump. The incidents were filmed and led to criminal charges being brought against members of his bodyguards and some of his supporters, two of whom pleaded guilty.

Erdogan remained in his limousine during the incident, but protesters say it was he who called for a new round of violent crackdowns against protesters.

Who is Andreas Acaras?

Expatriate lawyer Mr. Andreas Akaras, born in Chrysovirje, originally from occupied Kythria in Cyprus and Chalkis Island, is a key member of the legal team that has taken on the defense of five American demonstrators – mostly of Kurdish origin – who have sued the Turkish state.

Mr. Andreas Akaras, Counsel at the law firm Bregman, Berbert, Schwartz & Gilday has an impressive professional career in the USA and is known not only as an outstanding jurist but also as an active member of the legal community defending human rights and civil liberties.

See also  She printed her CV on...a cake and sent it to Nike - look what happened [εικόνες]

He is the founder and president of the St. Andrew’s Freedom Forum, a nonprofit organization active in the United States and Europe, which works to promote awareness of issues related to democratic freedoms, human rights, and religious freedom. For seven years he was an assistant (chairman of foreign policy) to Maryland Democratic Congressman John Sarpani.