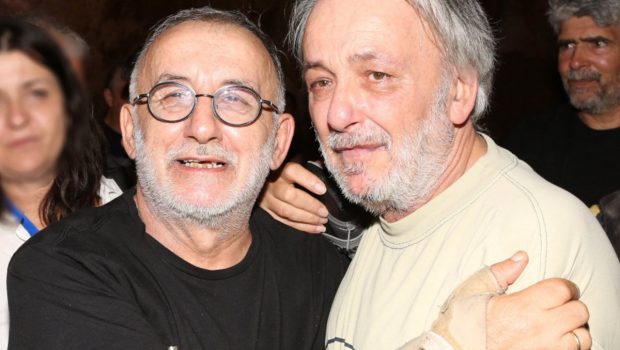 a Andreas MikrotikosOn the occasion of the anniversary of the Polytechnic he gave a touching confession on the Katerina Kayinurgio show.

The presenter was with his brother inside the university institution at the time of the riots and they explained his feelings during those critical hours.

Andreas Mikroutsikos talked about how he lived that day while inside the Polytechnic with his brother and even revealed Thanos Mikroutsikos’ last conversation, before the tank invasion.

Also read: “Edo Polytechneio”: the uprising that changed the history of Greece

“We occupied the Polytechnic, on the first day 500-1000 people entered. They wrote on the carriages and the buses were full of people. Then they started to slowly seal it with a few tear gases, and this is where the first night was held. People outside became energetic “Andreas Mikritsikos began His version.

“When they found out that it had become public, that we ran a radio station and that all Europe dealt with us, the dictatorship decided that they had to enter the Polytechnic. We the students as the vanguard of the general social movement called Bread, Education and Liberty. I was present when Carzy and Cazaccos came and brought Xeloris and put him inside and we walked him standing In our arms,” ​​he said afterwards.

“Where I slept the first night, there was also a temporary surgery when we had the first wounded. From noon on November 16 at 18:00 they started shooting at us with bullets and tear gas until the tanks came in the evening.”

“We are in front of the gate and put the brig’s Mercedes and three oncoming tanks. Papachristou’s voice can be heard on the pirate radio ‘You are our brothers, you will not attack us’ in order to ease the army’s position. The last sentence before the tank enters and we disappear, Thanos says to me, ‘Andrea, we will find it from our brothers’ “. And I don’t have time to smile at him, he walks into the tank and enters, “Andreas Mikrotsikos admitted.