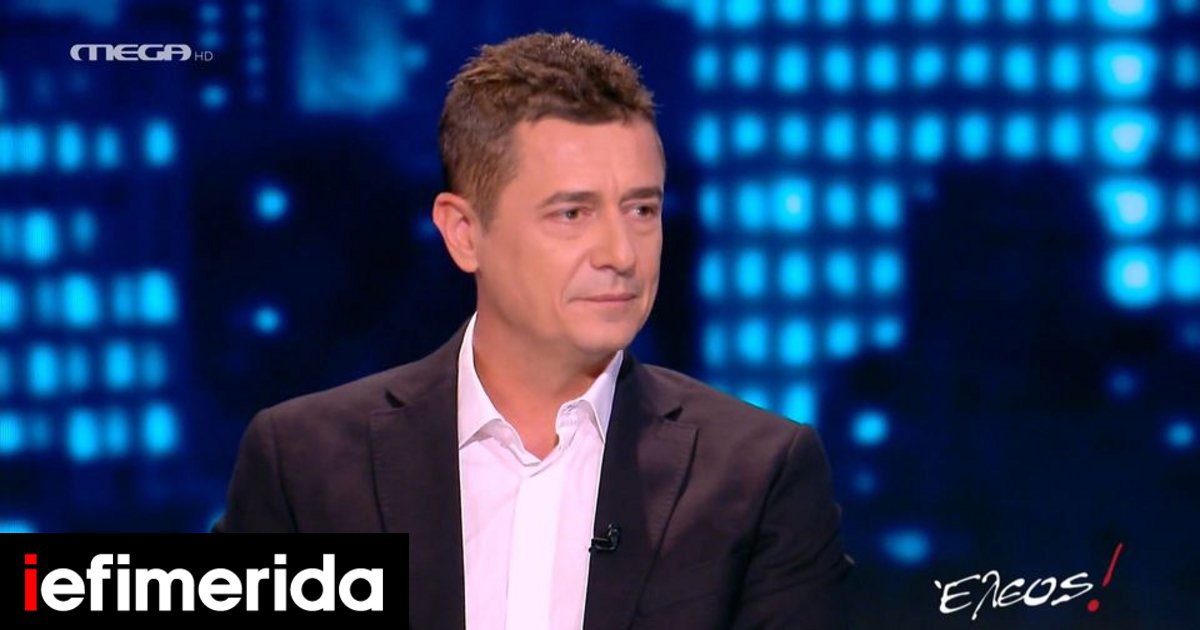 In fact, he also mentioned the origin of his surname. “If you think about it, I’m blue-blooded,” he said, with Anita Pania “comparing” him to the Smurfs.

“The surname Schroeter is of ancient German origin. From a line of Germans who came as servants of King Otho. Until now,” the journalist explained.

He jokingly added, “So when you think about it, I’m a blue-blooder. Of course, they were wiping at the time.”

Schroeter: No I’m sick, no today I’m not feeling well at work

Then, speaking of his work, he admitted that “there is no such thing as ‘illness’, unless you are dying.” He’s not here today, I’m not feeling well.”

“A news anchor who hasn’t been depressed in years is a hero. We’ve been through a financial crisis, bankruptcy, pandemic, war and I don’t know what else will blow, only foreigners didn’t come.”

Of his colleagues, the presenter, Antonis Schroeter, said: “In Greece there are few stations and few presenters. Presenters have the good thing that there are many years to be there for many years and you haven’t been drained of all this which means you’re doing something right. It’s stupid. To say they’re useless presenters who’ve been on TV for 20 years.”

“I usually get bored of fighting.”

Antonis Schroeter also revealed how he avoids fights and tensions. “I’m not the type to push and do what you want, but 9 times out of 10 I’m pretty calm. It’s a texture like that, we go do a job and fight later. Then I usually get bored of fighting, until this passes,” he said.

“I am very tired of fighting, and I don’t fight in my personal life either. He is a beast of indifference that does not speak. And I believe that in battles the less a man speaks, the greater his victory.”

with the My husband we have been together for 11 yearsAll moments have passed. In intense moments, I change rooms, I change floors, and at three I change houses, I will go for a walk. It’s not a matter of coolness, it’s a matter of self-preservation. But it’s getting worse,” he admitted about his tense moments with his wife.