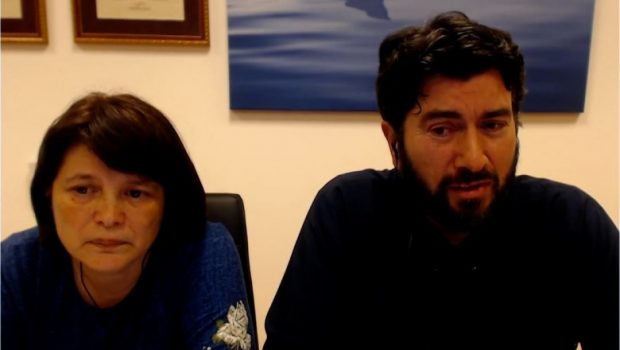 when Testimonies of what goes on behind closed doors “Structures ofThe ark of the world“, Father Antonios and Elder Stamatia disappeared.

No one knows where they are after their joint television interview, in which they more or less accused her of childless lies.

What did they demand?

Antonios Papanikolau, the founder of “Kivotos tou Kosmos” and elder Stamatia Georgantis, in an interview with ERT, said that children lie and are “evil”, adding that the priest is “angry and angry”.

“There’s a whole system involved. We’ve worked with kids for 25 years and we’ve got checks from all over,” he said, adding that some kids are “taking revenge” because misbehavior isn’t allowed in the ark.

“If our love and our passion is ‘paid’ with complaints, I don’t understand it,” the elder added. “How can we apologize for something that has not been proven?” She insisted, adding that the whole story had caused them great harm.

No one knows where they are

The interview was given last Friday November 18 on ERT. Since then, Father Antonios and Elder Stamatia … are missing.

According to Alpha, no one from the “world ark” knows where they are.

Until recently, Father Antonios lived in an NGO setting, and none of the workers and volunteers knew if he would be able to stay in that particular building with the new board of directors and if he would be allowed to visit the children.

See also  Vaula: He lashed out at his estranged wife