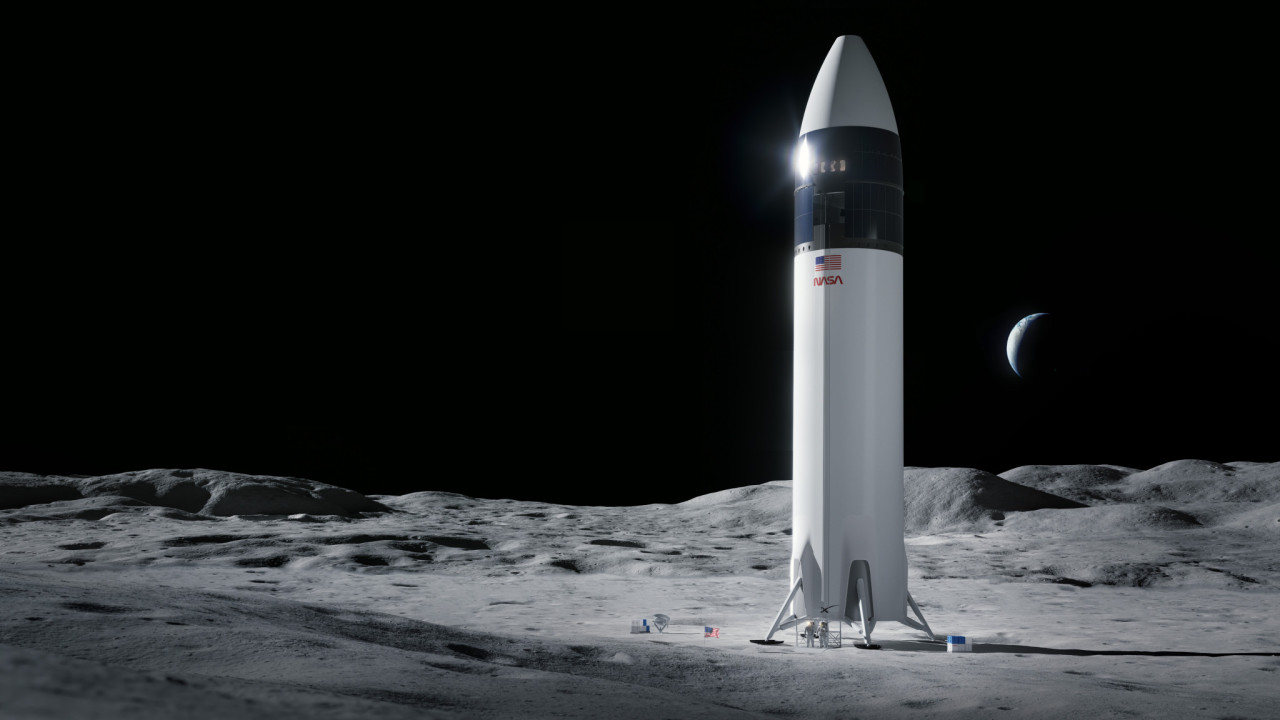 The launch of the spacecraft, the flight, the exploration of the lunar surface and the return of the crew – the completion of the mission in 2025 will pave the way for the mission to other planets

It’s not a sci-fi movie, it’s not a joke, it’s not set in time… It’s happening right now and our generation will witness perhaps humanity’s most historic moment, in space exploration. NASA announced the entire Artemis 3 project, through which man will return to the moon after 50 years and establish a permanent base at the south pole of the moon, and turn his gaze to Mars in the next stage.

The man’s return to the Moon is scheduled for 2025 and the mission will include the first woman to travel in space. Following the two Artemis test missions, Artemis III will mark humanity’s first return to the lunar surface. NASA will make history by sending the first humans to explore the region near the south pole of the Moon.

NASA’s Orion spacecraft will be the vehicle that will ferry the crew to and from Earth and to and from lunar orbit. Orion is the only spacecraft capable of returning crews to Earth at reentry speeds to the Moon. On the successful Artemis I mission, Orion’s uniquely designed heat shield was recently tested under these extreme re-entry conditions. Four astronauts will depart from Launch Pad 39B at Kennedy Space Center in Florida aboard the Space Launch System (SLS). The crew will be selected using criteria covering unique skills and extensive training.

First, the crew will launch into Earth orbit where they will perform system checks and adjust the solar panels on Orion.

Then, a powerful thrust from the SLS cryogenic propulsion intermediate stage will help Orion perform a lunar injection maneuver, directing its trajectory toward the moon.

– For several days, the crew will travel to the Moon to perform corrective engine burns to intercept the Moon’s gravitational field.

See also  In 2023, Apple will launch a product we've been hearing about for years

At the right time and place, Orion will perform a series of two engine launches to put the spacecraft into a near straight lunar orbit (NRHO). From hundreds of possible orbits, NASA chose NRHO to achieve Artemis’ long-term goals. NRHO will provide near-constant communication with Earth and access to sites around the Moon. Since it is gravitationally balanced between the Earth and the Moon, this orbit will increase fuel efficiency. On future missions, NASA and its partners will assemble the Gateway lunar space station at NRHO to serve as a hub for the Artemis missions.

NASA has chosen SpaceX to provide a human landing system that will carry Artemis III astronauts from Orion to lunar orbit, to the lunar surface, and back again. SpaceX plans to use a unique concept of operations to increase the overall performance of its lander. After a series of tests, SpaceX will conduct at least one uncrewed demonstration mission that will land the spacecraft on the lunar surface. When the Starship meets all requirements and NASA’s high standards for crew safety, it will be ready for the first Artemis mission.

What does the SpaceX mission mean?

– Before launching the crew, SpaceX will launch a storage depot in Earth’s orbit.

– A series of reusable conveyors will transport the propellant to the storage depot to power the human lander.

The uncrewed human spacecraft will then launch into Earth orbit and rendezvous with the storage depot to fill its tanks before performing a lunar injection engine burn and traveling approximately six days to NRHO where the crew of the Artemis III awaits.

When both spacecraft arrive at NRHO, Orion will dock with the human lander Starship in preparation for the first mission to the moon in the 21st century.

Once their crew and supplies are ready, two astronauts will board the spacecraft and two will remain on Orion.

Then, Orion will separate from the spacecraft and move away from it to stay in the NRHO for about one orbit around the Moon, lasting about 6.5 days. This will match the duration of the surface mission, so when Orion completes its orbit, the two-man surface crew will finish their work on the surface in time to blast back up to rendezvous with the spacecraft.

NASA has set its sights on locations around the south pole for lunar exploration. The harsh and adverse conditions make Earth a difficult place to land, live, and work, but the region’s unique features promise unprecedented scientific discoveries in deep space. Using advanced technology, including autonomous systems, the crew inside the spacecraft will land at a carefully defined location within a radius of 100 metres.

After landing, the first task of the surface crew will be to ensure that all systems are ready for their stay on the lunar surface. They will then rest, eat, and refresh themselves for the first full day of the mission.

During their time on the Moon, the astronauts will do science work inside the spacecraft and perform a series of lunar walks, leaving the spacecraft to explore the surface.

– Astronauts will put on advanced space suits, exit an air vent, and descend into a spacecraft elevator. NASA selected Axiom Space to provide the Artemis III surface suits and spacewalk systems. These suits will give astronauts greater range of motion and flexibility to explore more landscapes than in previous lunar missions.

During their walks on the Moon, astronauts will take photos and videos, survey the geology, retrieve samples, and collect other data to achieve specific science goals. The view from the lunar south pole region will be very different from images taken by the Apollo missions of the lunar equatorial region. The sun will hover just above the horizon, casting a long, dark shadow on Earth, which the crew will explore using searchlights and navigation instruments. The information and materials collected by the Artemis III astronauts will increase our understanding of the mysterious Antarctic region, the Moon, and our solar system.

Mission control teams on the ground will be in touch with the crew as they relay what they see, hear and feel. With mission coverage and the ability to send high-quality images and video back to Earth using advanced communications technology, they will share a unique new human experience with the world.

When their surface mission is complete, the two astronauts will lift off the lunar surface and return to NRHO in the spacecraft to join their colleagues on Orion.

After docking, the crew will spend up to five days in orbit, transferring samples between vehicles and preparing for the journey back to Earth.

Journey back to Earth

When they reach the optimal NRHO starting point, as the four astronauts return to Orion, they will disengage and ignite the Orion engines, sending the spacecraft past the moon and allowing it to head for Earth.

The crew will travel approximately 24,855 miles (about 40,000 kilometers) per hour upon re-entry into Earth’s atmosphere.

– With the help of 11 parachutes, the spacecraft will launch into the Pacific Ocean where the crew will be recovered with the support of the US Coast Guard and US Navy.

This mission will lead to a future in which humans will have continuous access to the Moon and human planetary exploration missions are possible. Each Artemis mission will increase our knowledge, improve our operations, and prove our technology as we prepare for the first human mission to Mars.