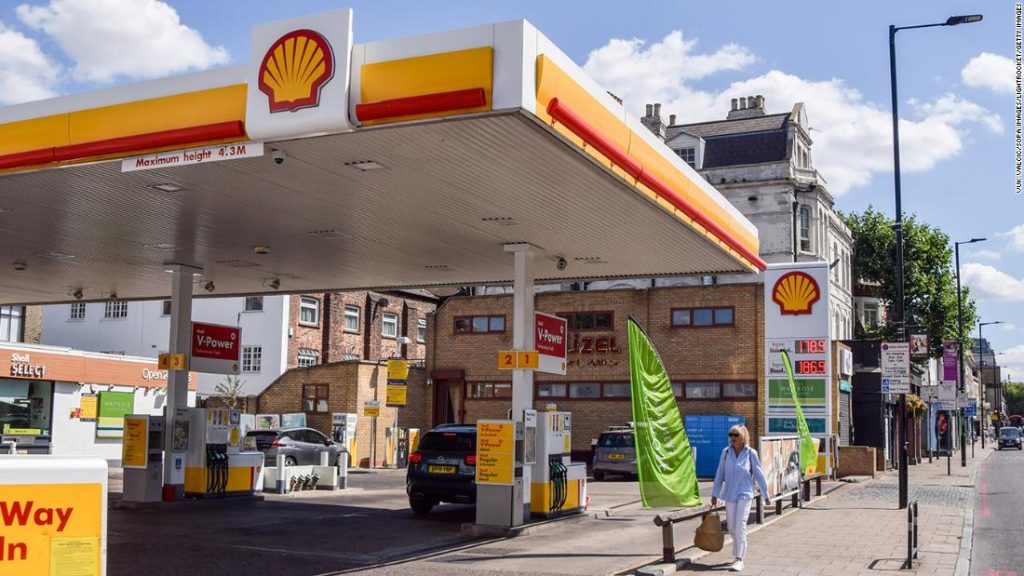 The think tank analyzed 3,421 items of 2021 public communications materials across the five companies and found that 60% of their messages contained at least one “green” claim.

InfluenceMap then calculated how much money energy companies expected to spend on green investments last year and found, on average, that only 12% of capital spending budgets were headed toward what the companies themselves consider low-carbon or renewable activities.

In some cases, these numbers are rising. Shell, for example, says it plans to spend 12% of its capital expenditures on renewable energy this year, up from 10% in 2021. The company notes that the InfluenceMap analysis does not take into account investments outside of its renewable energy solutions division — investments such as shipping Electric vehicles, biofuels and sustainable aviation fuels, which climate scientists have said are all important in efforts to phase out fossil fuels.

However, InfluenceMap says companies’ imbalance between “green” messaging and investment is staggering.

Faye Holder, director of CNN’s InfluenceMap program, said it appeared to be part of a “systematic campaign to portray themselves as pro-climate for the public.” “In the meantime, what we’re seeing is continued investment in this unsustainable energy system — mostly for fossil fuels.”

InfluenceMap also estimated that companies spend about $750 million cumulatively annually on climate-related communications activities, based on the number of communications employees the companies employ. This figure does not include the cost of outside advertising or public relations agencies, so the real amount is likely to be “significantly higher,” the think tank said in a statement.

“It appears to be just an evolution in the tactics that the major oil companies are using to try to delay action on climate change,” Holder said.

Too much focus on green messages

The report revealed several different types of “green” claims that oil and gas companies used in their 2021 public communications, the most famous of which was highlighting their support for transition efforts away from fossil fuels and toward renewable energy. The second most common type of claim focused on support for emissions reductions.

According to the think tank, some claims of planet-friendly companies have portrayed the gas as a solution to the climate. Natural gas, which emits less carbon dioxide than coal, is still a fossil fuel and is primarily made Methane – a major contributor to the climate crisis.

Of the five companies, Shell had the largest mismatch between pro-climate messaging and investments in “low-carbon” activities, according to InfluenceMap, followed by ExxonMobil.

The analysis found that Shell used “green” claims in 70% of the messages, while only 10% of its spending was on low-carbon investments. Shell says it expects that number to rise to 12% in 2022.

Meanwhile, Exxon had green claims in 65% of messages, compared to 8% of spending on green investments. ExxonMobil told CNN it is “investing more than $15 billion between now and 2027 in emissions-reduction initiatives,” and the company expects its green investment to triple by 2025.

Holder told CNN, citing the latest Report of the Intergovernmental Panel on Climate Change. “But what we’re seeing from these companies – particularly in the US and from industry associations – is a real push to include fossil gas as a ‘green’ or low-carbon solution.”

The report noted that InfluenceMap “found evidence that every company, except TotalEnergies, is directly engaging policymakers to advocate for policies that encourage the development of new oil and gas in 2021-22.”

Four of the companies – BP, Chevron, ExxonMobil and Shell – are members of the American Petroleum Institute (API) trade association group, which scientists and climate advocates have criticized for Conflicting regulations Aiming to combat climate change.
The World Resources Institute, which was not affiliated with the analysis, has previously highlighted the issue of major oil and gas companies strategically using trade associations, including API, to Engaging in green washing Deceptive advertising practices that make companies look like their products are more climate-friendly than they are.

“We urge all companies to reconsider lobbying, political spending, and participation in trade unions to ensure that their actions are fully aligned with their public statements on climate change,” the World Resources Institute said in a 2021 statement.

In a statement to CNN, a Shell spokesperson said the company was “already investing billions of dollars in low-carbon energy.”

“To help change the energy mix that Shell sells, we need to quickly grow this new business,” the spokesperson said. “This means letting our customers know about the low-carbon solutions we now offer or develop through ads or social media, so they can switch when the time is right for them.”

An Exxon spokesperson told CNN that the company is aiming to achieve net zero emissions in its operations by 2050, and noted that it met its 2025 emissions reduction goal four years ago.

“ExxonMobil is investing more than $15 billion between now and 2027 in emissions reduction initiatives, and we expect to triple the investment by 2025,” the spokesperson said in an email. “This reflects our commitment to reducing our emissions and confidence in the market adoption of low-emissions solutions, such as [carbon capture and storage]hydrogen and biofuels. “

A TotalEnergies spokesperson said: “Our general advertising policy reflects TotalEnergies’ transformation into a multi-energy company.” TotalEnergies also noted that the report shows it has the largest projected renewable energy capacity among the oil companies analyzed.

CNN also requested comment from BP and Chevron but did not receive a response.

“The world will continue to need oil and gas for many years to come,” the Shell spokesman added. “Investing in it will ensure that we can provide the energy that people still have to rely on, while expanding the range of low-carbon alternatives.”

However, the United Nations Environment Program has indicated that current global levels of oil and gas production will not meet climate ambitions under the Paris Agreement.

according to UNEP Production Gap Report“Most major oil and gas producers plan to increase production until 2030 or beyond,” he added.
The International Energy Agency has also reported that oil and gas companies must stop drilling now if the world is to hope to prevent a climate catastrophe. Investment in new fossil fuel supply projects must stop immediately, The International Energy Agency said in 2021New coal-fired plants should not be approved.

Energy prices in Europe have risen since last fallDriven by rising demand as countries lift pandemic lockdowns. The Russian invasion of Ukraine, and the subsequent decline in Moscow’s exports of oil and natural gas to Europe in 2022, pushed prices higher.
Meanwhile, it resulted in a perfect storm Unexpected profits for the oil industryHighest oil prices in a decade, high demand for crude refining so it can be used as fuel, and governments’ renewed focus on energy security.

Exxon generated nearly $17.9 billion in profit between April and June, nearly four times what it did during the same period in 2021. Chevron posted $11.6 billion in profit, while Shell earned $11.5 billion.

This story has been updated to include a statement from the American Petroleum Institute.

CNN’s Anna Cuban and Julia Horowitz contributed to this report.