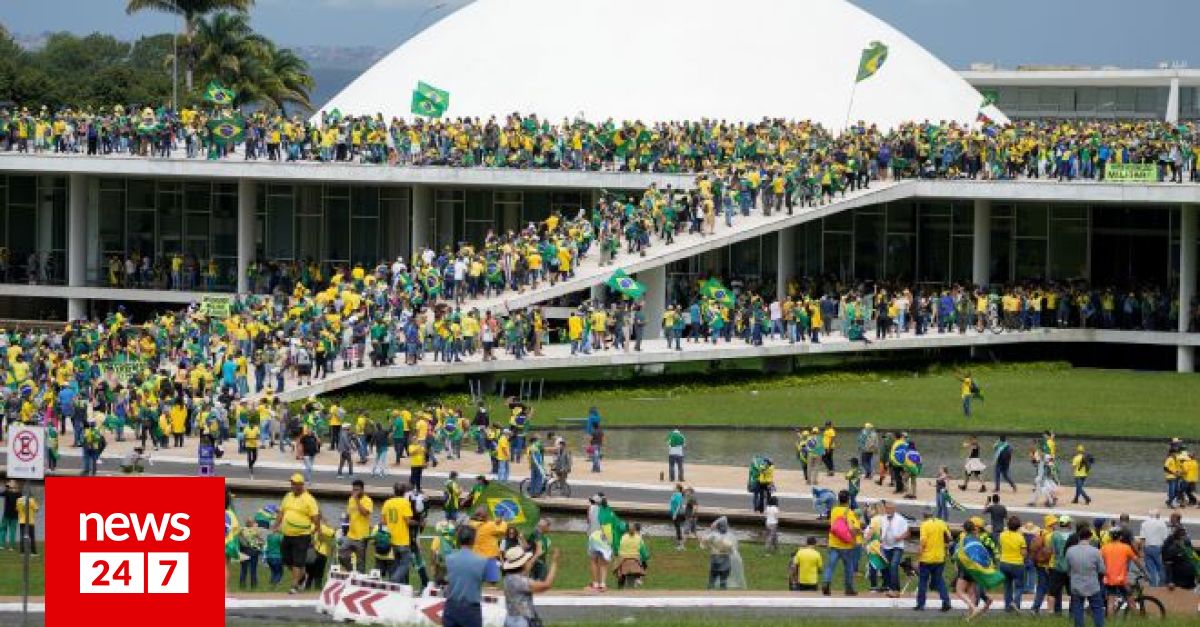 Supporters of the former Brazilian President, Jair Bolsonaro They stormed several government buildings on Sunday (08/01), and caused great damage, according to videos posted on social media.

«This foolish attempt to impose their will will not passThe new justice minister, Flavo Dino, warned in a post on Twitter. “Reinforcements will be sent“, he added.

The radical Bolsonaros arrived in droves outside Congress and surprised the security forces, a week after new President Luiz Inacio Lula da Silva was sworn in. who did not admit their victory.

Great shots Reminds us of the invasion of the US CapitolTwo years ago, a crowd of protesters, dressed in yellow and green T-shirts, occupied Congress, the Supreme Court and various ministries while cordoning off the presidential palace. A few thousand people stormed the Supreme Court and Congress and were seen smashing furniture. Videos show damaged offices of members of Parliament and protesters standing on Senate benches. Local media estimated that about 3,000 people took part in the riots.

It seems that the damage is great, in these buildings which are treasures of modern architecture and host many works of art.

The area near the Square of the Three Powers – where the Planalto presidential palace, the Supreme Court and the Congress are located – was cordoned off by the police, but the Bolsonaros managed to break the cordon. The police unsuccessfully tried to remove them using tear gas.

Bolsonaro, who did not congratulate Lula on his election, left Brazil two days before the end of his term and is currently in Florida.

«We must restore order after this fraudulent electionProtester Sarah Lima, a 27-year-old engineer who arrived in Brasilia from Guinesia, 300 kilometers away, told an AFP reporter.

The Bolsonaros were already demonstrating outside the camps after Bolsonaro’s defeat and calling for the military to intervene to prevent Lula from returning to power. Some closed roads for a week after the election.

Lula was sworn in on January 1 in Brasilia without incident.