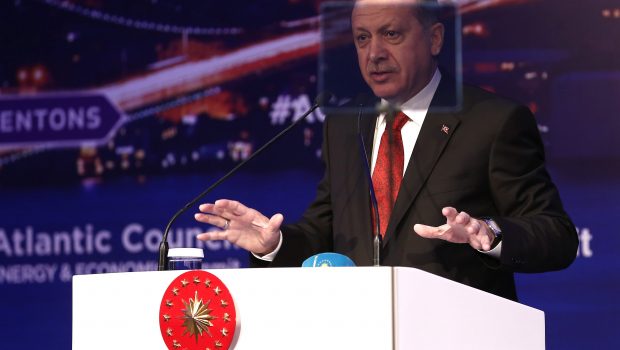 In an opinion article published a few days ago in Wall Street JournalJohn Bolton, titled “NATO’s Election Message to Erdogan,” notes that Turkey’s purchase of Russian S-400 missile defense systems, the hostile rhetoric and the Turkish president’s attempt to interfere in the upcoming elections are an important reason for ending its membership in NATO.

Although there is no provision in the defense alliance’s founding charter for expelling or suspending a member, Bolton argues that there is another way to expel Turkey around the problem. “The principle of international law of rebus sic stantibus – ‘as things are now’ – is sufficient to do so”.

Turkey is a member @NATO But don’t act like one. Seriously considering their expulsion or suspension would underline the risks of their upcoming elections, making it harder for Erdogan to undermine the vote, and to give opposition candidates a real chance. https://t.co/TRcma7gX54

With Recep Tayyip Erdogan at the helm, Turkey is once again becoming “the patient of Europe,” albeit for different reasons than the one that inspired the original 19th-century title.

Erdogan’s performance has always been divisive and dangerous. Equally dangerous were his warlike regional policies, from overturning key elements of Turkey’s secular post-Ottoman constitution to repeatedly endangering its financial system and economic stability. Turkey is a member of NATO, but it does not act as an ally.

However, there is a chance of thwarting it if the West takes bold steps to ensure that the domestic opposition gets a fair shake in the upcoming presidential elections. To do this, the alliance must put Ankara ahead of its own responsibilities. Considering expulsion now would allow the alliance to debate the pros and cons of its membership and highlight – to Turkish voters and NATO members alike – the high stakes of the upcoming elections.

Turkish voters will have a chance to take back their country in June or May if Erdogan sets up the election schedule. Opposition candidates have a real chance. They won important municipal elections in 2019, in cities like Istanbul, Ankara and Izmir. This was despite Mr. Erdogan’s efforts to corrupt the electoral process by using prosecutions to cripple the opposition and leveling false accusations against its leaders, including the Istanbul mayor he tried so hard to defeat.

There are worrying signs of similar behavior this time around. Mr. Erdogan and his allies accuse the opposition of disloyalty to Turkey and of harassing the few independent media outlets left in the country. Erdogan is likely to pile on additional measures against Turkey’s Kurds, including stopping funding for one of its main political parties and arresting followers of dissident cleric Fethullah Gulen on trumped-up terrorism charges.

The West can prevent this outcome by highlighting Mr. Erdogan’s deception, and encouraging international monitoring and increased media coverage of the Turkish elections.

The League’s founding charter does not provide for expulsion or suspension, but the international law principle of rebus sic stantibus – “as things now are” – provides sufficient evidence to do so.

No country qualifies to join the alliance, and Mr. Erdogan is not acting as an ally. Its worst overreach in recent years was the purchase of the advanced Russian S-400 air defense system in December 2017. This decision was incompatible with existing NATO defense measures and endangered the US F-35 stealth technology, threatening the security of NATO allies and the Middle East. partners.

Turkish and foreign observers agree that Mr. Erdogan will be defeated in the election if the process is free and fair and the opposition remains united enough to run an effective campaign. It will be much more difficult for him to overturn the vote if NATO draws international attention to his efforts with the threat of expulsion.

And if Mr. Erdogan succeeds in stealing the presidential and parliamentary elections, NATO can no longer ignore the damage he has done to the alliance and its members. Seriously considering expelling or suspending Turkey is clearly dangerous. But things will only get worse if the alliance fails to confront Erdogan’s toxic behaviour.