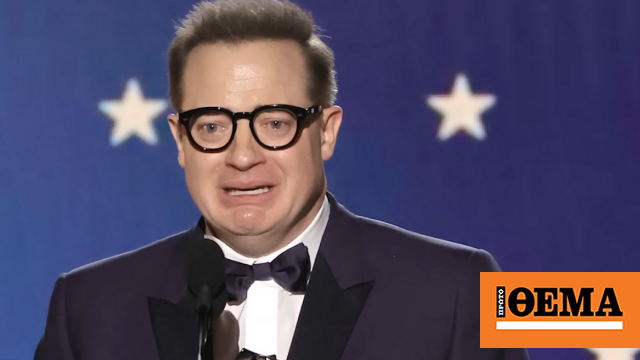 a Brendan Fraser He was one of this year’s champions Critics’ Choice AwardsSince winning the Best Actor Award for his role in the drama film “Whale’, while there are not a few who mentioned that he will also be the biggest winner at the upcoming Academy Awards.

The actor’s speech was one of the most emotional of the night, as the 53-year-old couldn’t hold back his tears.

In more detail he said: “This movie is about love. It’s about redemption. And when you find the light in a dark place. I’m so lucky to have worked with such amazing contributors.”


Then he said, still moving: It took 32 years to get here. He thanked the film’s screenwriter and director.

“I was in the wilderness and probably should have left a trail of crumbs, but you found me and like all the best directors, you showed me where to go to get where I wanted to be.” He told Darren Aronofsky.

Finally she said, crying: “If you’re in any way like the Charlie I play in this movie, obese or feel like you’re in a sea of ​​black, I want you to know that you can stand on your own two feet and walk into the light, good things will happen. Thank you.”

Pisces case
Directed by Darren Aronofsky, who won the festival’s Golden Lion in 2008 for The Wrestler, the film is based on the play of the same name by Samuel D. Hunter and follows the story of Charlie – a reclusive English teacher near the end of his life who tries to get along with his estranged teenage daughter for one last chance.

According to the plot of the film, Fraser plays a socially isolated 270 kg man who works remotely as an English teacher and tells the story of his attempt to reconnect with his teenage daughter, whom he abandoned all these years.

Fraser, according to foreign publications, wore a special suit weighing 123 kilograms for the needs of the role, which took up to 6 hours to wear, depending on the scene.

Speaking to Variety, he revealed that when he took off his prosthesis, he felt dizzy and “discovered muscles he didn’t know he had” carrying all that weight.

The film debuted at the Venice Film Festival last month and the actor is expected to earn an Academy Award nomination.

Funeral of a former king: Citizens gather on Tatoi to bury Constantine