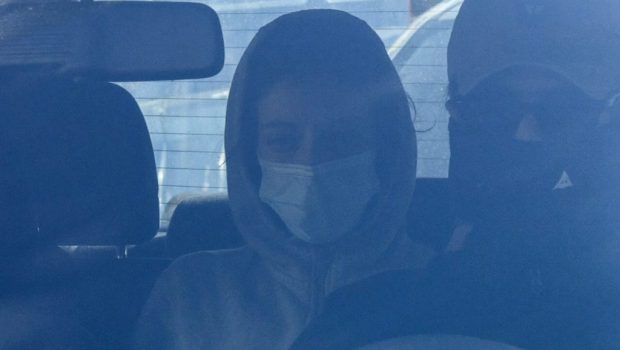 before him Board of Errors His mother was found on Friday 12 years old From Cepolia, he sought temporary release from prison.

Two adults were by her side Her childrenShe maintains that the person who approached her twice to talk to her is waiting for a positive outcome.

“I am waiting for a positive result so that I can support my children in this difficult time for our family,” the mother of the 12-year-old girl, who left Evelpidon and was taken back to prison, told the STAR.

The 37-year-old mother had requested that the temporary detention be lifted or replaced with restrictive conditions.

“He gave all the necessary explanations for both the reports and the news. I am confident. We brought additional evidence from neighbors and teachers,” said his lawyer Apostolos Litras.

“Mom we love you, be brave”

The family’s two eldest children, who were in Evelpitan to support their mother, say the 37-year-old had nothing to do with the case from the first moment.

Her eldest daughter, in fact, when she saw her mother enter the court, took off her mask and shouted, “Mom let’s go!” she shouted.

“Mommy, we love you, be brave,” the two children reportedly shouted, and when their mother left, they asked her to speak.

“We support our mother and believe in her innocence. We are on her side and we hope she will come to our side soon. We know the truth, we know nothing happened, she was always by our side,” her children said.

According to the Star, the 12-year-old’s mother broke down in tears at the end of the three-hour process.

“The accusation is on the part of the mother, who feels she is unjustly imprisoned, crying and saying she wants to protect her children,” said Aspasia Tarahopoulou, a 37-year-old lawyer.

In fact, the mother said to the court officials, “Help me go to my children. This charge is heavy on a mother, the charge of pimping. If I hadn’t thought about eight children, I would have ended my life.

Outside Evelpidon’s Building 9, there was a solidarity group for the family of a 12-year-old girl demanding her mother’s release.

A decision on whether or not to temporarily release the mother of the 12-year-old girl is expected to be released early next week.