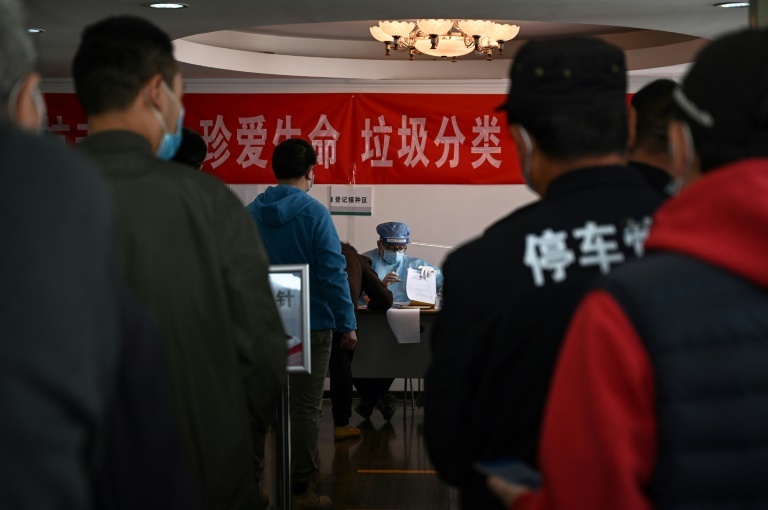 The Chinese authorities approved the inhalable Covid vaccine, the first of its kind in the world that boosted the share price of the manufacturer, based in Tianjin (North), on Monday.

The company said in a statement sent to the Hong Kong Stock Exchange on Sunday that the CanSino Biologics vaccine, which will be used as an emergency booster dose, has received the green light from the National Medical Products Administration.

Following the announcement, its share price jumped 14% Monday morning before closing up 7.1%.

Without the need for injections and easier to store, the vaccine will be given intranasally with a nebulizer.

“The approval will have a positive impact on business performance if the vaccine is purchased and used by relevant government agencies,” the statement said.

CanSino did not say when this adenovirus vaccine, which a July 2021 study in The Lancet indicated elicits a “strong antibody response” as a booster dose, would be available to the general public.

Scientists from several countries around the world, including Cuba, Canada and the United States, are working on vaccines that can be given intranasally, a route of entry for the coronavirus.

Since 2020, China has approved eight domestically developed vaccines for Covid, but has not yet allowed foreign Covid vaccines to be used on its territory.

Despite having far fewer infections than the rest of the world, the country continues to follow a strict health strategy called “zero covid”.

This policy translates into restrictions once positive cases appear, mandatory PCR tests roughly every 72, 48 or even 24 hours, quarantine places but also factory and business closures.

Shenzhen (south), a high-tech temple with a population of 18 million, this weekend saw many confined areas.

At the other end of the country, residents of Chengdu, in Sichuan Province (southwest), are forced to stay indoors and will be tested extensively between Monday and Wednesday.