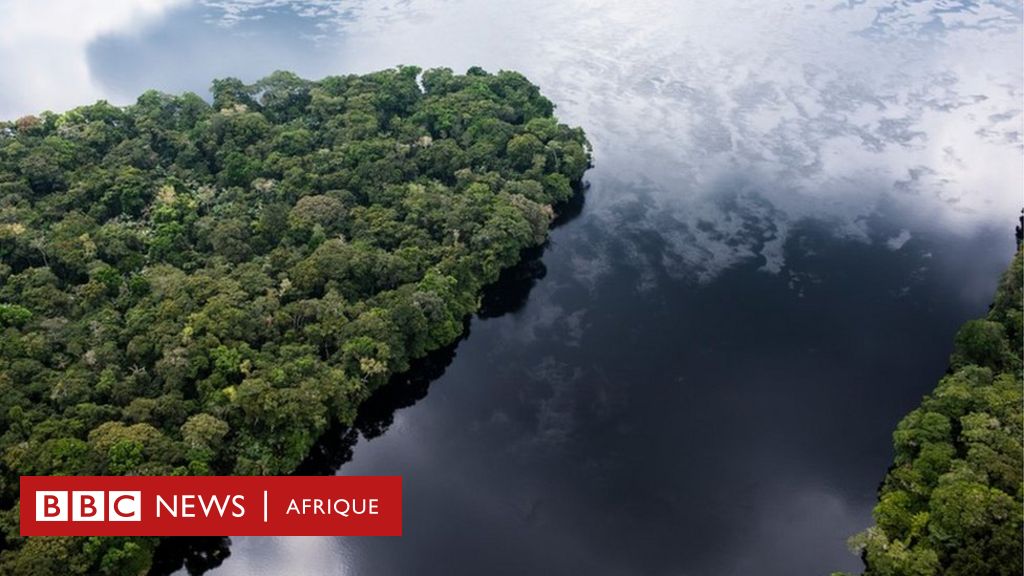 After ten hours in the car, another ten hours in a canoe in a river, three hours cutting their way with a machete through dense tropical bush, and then two more wading and mountaineering in a swampy forest gorge, the scientists were finally ready to begin their work.

To read exclusively on BBC Africa:

Brushing on mud and mosquitoes, they assembled a long metallic device resembling a key and pushed it deep into a dark spot of dirt.

“Push. again,” says Greta Darjee, the British scientist who leads the group, as she and two Congolese colleagues twist the stem and push it deeper into the ground, then pull out a half-meter drum of shiny black peat.

“It’s not bad at all,” says Joudrey Matoko, a doctoral student at Marien Ngoube University in Congo-Brazzaville.

For the past 10 years, this tight-knit team has spent months camping in the remote swamps that line the Congo River, keeping tabs on crocodiles, snakes and lowland gorillas, mapping giant stripes of carbon-rich peat that they believe could cover an area much larger than England.

Dr Darjee, a peat expert from the University of Leeds, UK, says with calm determination.

The scientists – who mapped each spot using a GPS monitor – photographed peat cores, then sealed them with plastic to send to the University of Leeds for further analysis.

“This peat is very important in the context of climate change. We have a very large amount – about 30 billion tons – of carbon stored here. And if it is released into the atmosphere, it will accelerate global change,” says Suspense Ifo, Congo-Brazzaville’s leading peatland expert, who was visiting the team.

“That’s about 20 years of fossil fuel emissions in the United States. I think these ecosystems are not yet assessed the way they should be internationally. [Le gouvernement du Congo-Brazzaville] need financial support from the international community to keep these peatlands protected,” says Dr. Darjee.

Peatlands contain much more carbon than the vast forests in which they are found. But peat, which took thousands of years to form, can be destroyed in weeks if allowed to dry out.

The main threats come from longer dry seasons, linked to climate change, and human actions such as unsustainable agricultural practices – a major challenge as Congo-Brazzaville and its neighbors seek to develop their economies and adapt to a growing population.

A recent concern is the possible presence and exploitation of large proven oil deposits near peatlands.

The Congo-Brazzaville government has already begun cutting plots of land and looking for potential investors, although there is some uncertainty about the extent and scale of oil reserves.

“You can’t ask us to keep our natural resources secret. If we have to exploit them, we’ll do it in a sustainable way and according to environmental rules,” asserts Congo-Brazzaville’s Minister of Environment, Arlette Soudan – dismissing fears of corruption and mismanagement.

“You can’t keep saying, ‘These Africans – they’re misusing the money.'” It is time for us to understand that it is in our common interest to preserve [les tourbières]. because if [l’Occident] It does not help us support our conservation work, we will have to use our natural resources, because we need money to live,” she adds.

Initiatives to exploit resources buried in peatlands are already underway across the river in the Democratic Republic of the Congo.

The Minister of Hydrocarbons, Didier Bodembo, recently announced an auction of a plot of land earmarked for oil production. According to scientists, some specific sites overlap with peatlands.

At the recent Cabinet meeting, Mr. Budembo told his colleagues that “national oil production must leave the modest region of 25,000 barrels per day”.

The oil and gas ministry has flagged French oil company Total in its tweets about the auction scheduled for July 28-29 in the capital of the Democratic Republic of Congo, Kinshasa, but neither the company nor the minister responded to requests for comment from the BBC.

“If this plan is not stopped, it will have dire consequences,” notes Irene Wabiwa Betoko of Greenpeace Africa.

“So it is absolutely essential that the DRC government and donors make efforts to stop the oil build-up and start talking about renewable energy.”

Back across the Congo River, Jordan Ilinga steers his rickety little canoe through a palm-fringed swamp.

Climbing up the roots of a tree, digging a deep hole in the side with a sickle, then using twine of bark to tie a plastic container to collecting palm wine, before moving on to the next tree.

“Wine collecting is my main livelihood. This is how I feed my wife and children,” says Mr. Elenga.

Looking at him, Professor Ifo’s suspense let out a long sigh of frustration.

“It kills trees. It’s a real threat to the swamp’s ecosystem. In the long run, it could destroy it.”

“The problems here are about population growth, and if you don’t address poverty, then everyone will come into this ecosystem to make money,” says the professor, who explains that when trees die, they expose sensitive peat to harmful sunlight. 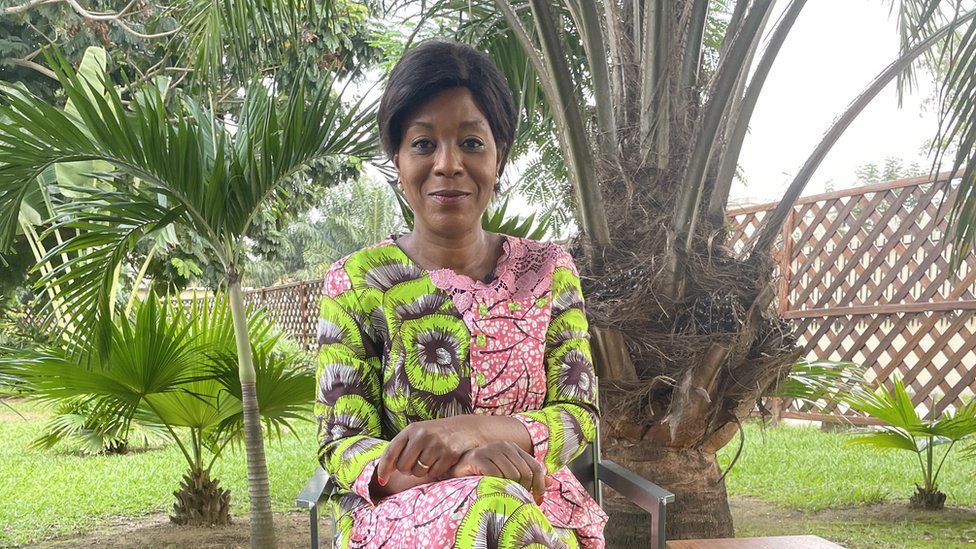 Without the Congo Basin, the rest of the world could not breathe. We Africans provide an environmental service to the entire planet.”

On a wide tributary of the Congo River, in the small, ramshackle town of Ntoko, local governor Alphonse Espe, seated in a half-built government palace, acknowledged the existence of a “media void” regarding the swamps.

“We live by hunting and fishing here,” he says. “But if we want to live in harmony with our peatlands, then the major powers, the world’s biggest polluters, have to make money to help us.”

But despite a series of international agreements on the need to protect the peatlands of the Congo Basin, frustration is growing in the region, and ministers like Ms Sudan Nonolte accuse the West of hypocrisy.

“Without the Congo Basin, the rest of the world cannot breathe. We Africans serve the ecosystem of the entire planet. It stands to reason that such a service would come at a price.”

“Now that the Amazon has lost its role as a global climate regulator due to deforestation … the Congo Basin acts as the lungs of humanity. So do the kidneys,” she says of the role of peat bogs in capturing carbon dioxide from the atmosphere.

“What happened to all the promises made by the international community? You can’t tell us, ‘Fasten your belts so the rich world can breathe.'” Meanwhile, you’re getting richer, and we’re dying of hunger.

“We cannot hold back indefinitely,” Ms Soudan Nonault said, noting that Congo-Brazzaville would look to China for assistance and that we would “accept the best offers of support.”

The authoritarian Congo-Brazzaville government, backed by revenue from offshore oil fields and ranked among the world’s most corrupt, has shrugged off complaints that it is trying to blackmail the West into funding peatland subsidy projects.

Ms. Soudan Nonault adds: “Let’s not talk like that. We are ready. We have an investment plan. There is no reason why we cannot receive this funding.”

All images are subject to copyright