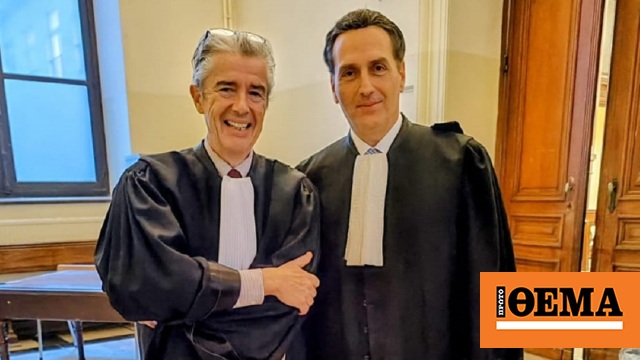 Eva Kylie’s lawyer, Michalis DimitrakopoulosHer French went viral, and after the barrage of comments she received, she responded with a Facebook post.

The lawyer made the statements after a hearing in which a Greek MEP’s request to be released from prison with a bracelet was rejected.

However, it was clear that he did not have the correct pronunciation, resulting in a certain word in his sentence “Eva Kylie is never corrupted (bad)” heard “korobi”.

As expected, social media did not spare Eva Kylie’s lawyer’s foreign language statements. In fact, videos of him speaking French have circulated on Twitter, although in other reports he has assured that he knows the language.

Watch the video of the statements in French (starts at 2:30):


After the comments he received, he decided tonight to take a public stand in an attempt to respond to his critics, admitting his bad accent. “Dear friends, I announce to you that, in addition to practicing law, I have decided to open a French-language school in Corrompu-e, which I call Jamais. I wish you all my best and especially Christmas. Those French students of the Sorbonne, the worst is really my accent. An occasion for humour, comments, irony” He wrote on Facebook.

Crash in Romania: Evidence shocking – “I saw them covered in blood”

See also  As for China, NATO has "sown the seeds" of the conflict between Russia and Ukraine.