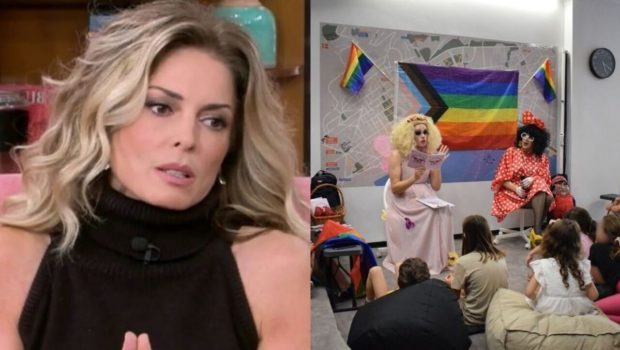 “Sin. Let everyone do what he wants. But no one has the right to obliquely impose such standards on children”: these phrases of Katerina Laspa on her personal account on Instagram, vs. drag queen He read fairy tales to children in Thessaloniki, provoking a fair reaction not only in the LGBTI+ community, but also within PASOK, of which he is a volunteer secretary.

While there has been no official reaction from Harilao Trigopi to the content of Laspa’s post, human rights officials have expressed their opposition categorically.

The event, organized by Pride Thessaloniki and “Rainbow” families, was represented by the party’s Deputy Secretary Vasia Madesi, while preparing to strengthen its position on inclusive and LGBTI+ issues.

“Any member who disagrees with the faction’s position, the party’s organs are responsible for evaluating his actions,” Human Rights Secretary Anna Papadopoulos said in a post — an indirect reference to positions expressed by Laspa.

Homophobia and transphobia are condemned

“Homophobia and transphobia have been unequivocally condemned by PASOK throughout time. Ms Laspa’s statements are not in my name,” the department’s other vice-president, Yannis Vikas, said in a post on Instagram.

“When false speech comes from party officials, the values ​​of social democracy that we fight so hard for are not expressed in any way, thus dissolving stereotypes and discrimination in our societies. In this case, the process followed is without stars”, he pointed out, pointing out the way he thinks PASOK should work. “Shows”.

Laspa’s party status, announced a few weeks ago, was also mentioned in a statement by the board of directors of the Intergender Support Association, which referred to “intolerant speech” by PASOK’s volunteer secretary.

“The expressions used by PASOK-KINAL’s NGO General Secretary Katerina Laspa blatantly insult the personality of gender-diverse people, including drag queens, and the LGBTI+ community. We reserve all our legal rights. A full”, the statement concluded.

The reactions to Laspa’s support come at a time when PASOK is trying to present itself as a “progressive alternative” to ND and SYRIZA.

The party’s ties to the LGBTI+ community are timeless, as PASOK has been supportive of many of its demands in and out of parliament – ​​which is why complaints about his words and style may have come so readily.