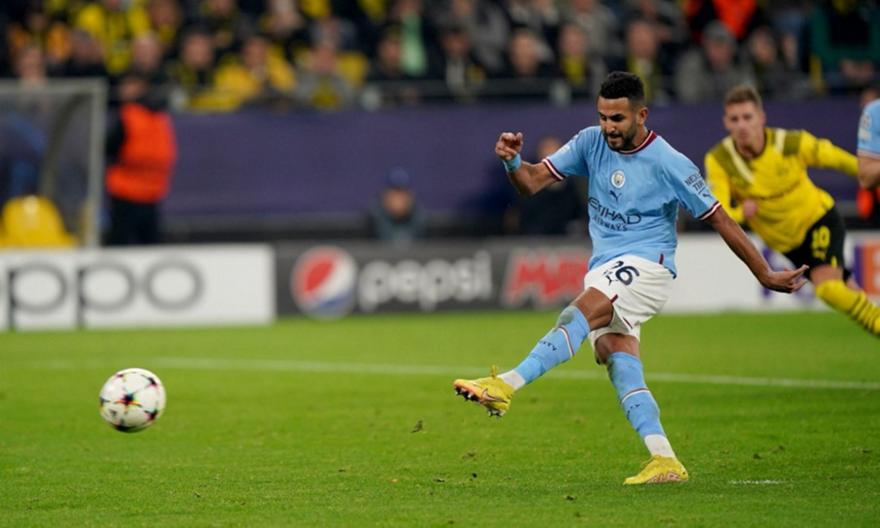 Who expected that? The match that everyone thought would bring the most goals and the richest spectacle in the Champions League table today, had nothing… no goals, no… spectacle, except for a missed penalty, mercy. Mahrez. But in the end, she had her players Dortmund to celebrate it Qualify to the next stage, in second place in the group.

The Dortmund and Manchester City tied without goals in Westphalia, But the result that finally hurt the hosts who secured a ticket to the Round of 16 of the Champions League, where they finished second from Group G thanks to the two victories they scored in both games against the team. Seville, who will finish third in the group, continues in the European League.

The match and… the mood of the teams at the scene seemed to be affected by the situation in the group. Pep Guardiola’s men had the ball but their chances of scoring are few. However, they managed to score and win, but Mahrez’s penalty was not the result they would have liked with the German goalkeeper, Koppel keeps “zero” to the team and basically send it to the next stage.

On the contrary, the Germans looked for the goal more throughout the match. They were more threatening and had chances but they didn’t score. Somehow, the match ended in a goalless draw, with both teams leaving the field with smiles.