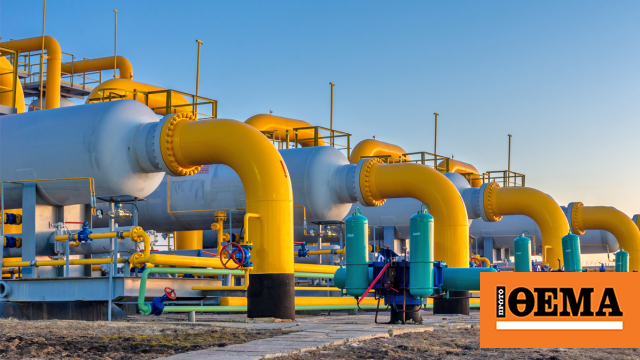 Natural gas prices in Europe fell to their lowest level since 2021 on Wednesday, as relatively warm temperatures curbed heating demand. Keep inventories high And also reduce its use in the production of electricity.

At the same time, a significant decline – more than 4%, below the level of $80 per barrel – was also observed in oil prices in Europe and the United States, while the last Russian oil dealings were recorded on St. Petersburg commodity. The market was at $56.5 a barrel.

However, markets remain cautious for the coming months as major sources of uncertainty – the war in Ukraine and recession fears in Europe and the US – create equalizing forces on the path of energy prices.

Gas 64 euros per MWh due to summer

Natural gas delivery contracts for February fell by 11.5%, reaching the level of 64 euros per MWh in the Amsterdam market, which is a “guideline” for the European market. However, it must be admitted that the crisis is not over yet – it shows that today the forward rate for January 2024 has reached 75.25 euros per MWh, which means that the markets do not see a short slowdown in prices.

Natural gas prices have fallen to nearly half of last year’s average as storage levels remain well above normal for the season. Summer and winter prevail in Europe It not only reduced the need for heating, but also eased concerns about harsh winters, which would quickly deplete reserves.

Brent Crude is below $80

At the same time, the tragic situation with covid in China- From where videos of citizens burning the epidemic dead in the streets were released – It also leads to a significant drop in oil, as the markets assume that there will be a significant impact on economic activity in the coming period.

See also  Warning: dangerous chicken on supermarket shelves—see which one it is

Notably, the share price of US gasoline fell 3.7 percent on Wednesday to $2.27 a gallon (3.8 liters) and is now at January 2021 levels. However, US inventories declined by $3.1 million billion.Arilia raised the price last week by $0.2 a gallon compared to December.

Pleurisy: There are enough generic antipyretics and children’s medicines.

Veria: “She killed her own child to take revenge on her partner,” says the 29-year-old’s grandfather