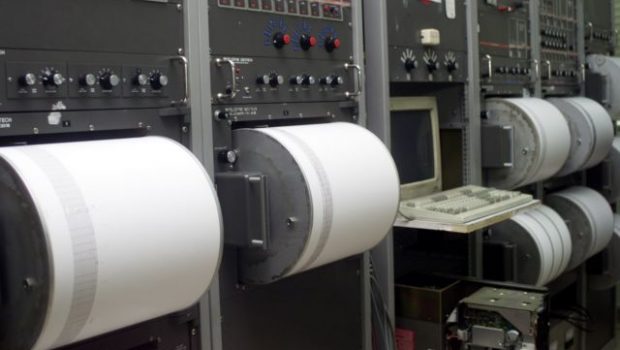 Evia Richter keeps moving in “Dance.” A powerful earthquake of magnitude 4.9 occurred yesterdayScientists couldn’t tell if it was a major earthquake.

The region has a rich seismic history, with earthquakes close to 5.5 magnitude recorded in the past, so scientists are keeping a close eye on the phenomenon.

After the strong earthquake that upset the residents of Evia and neighboring areas, dozens of aftershocks were recorded, the largest reaching 3.5 Richter.

An earthquake that changed the course of history

“We don’t know if it’s a major earthquake.”

Efthymios Lekas, a professor of natural disaster management and head of the Anti-Earthquake Planning and Protection Organization, emphasized that “we will definitely have to wait a few more hours to see the new data available.” .

However, the head of the OASP clarified that the 4.9 magnitude earthquake was not connected to the earthquake that struck a large area of ​​Evia a month ago:

Outer zones have completely different geometry, dynamics and dynamic properties. So Evia lacks what some perceive as seismic activity. So there is no such widespread risk. The two events, the two seismic sequences are independent scenarios with completely different characteristics,” he told ERT.

Regarding the implementation of another mistake, Mr. Lekas ​​argued, “As a group we rule out that another fault near Atlantee and specifically because Atlantee is too close to activate, an earthquake of the order of 6.5 Richter and above would have to occur to have a spread of activity”.

“We don’t know the extent of the mistakes.”

For his part, Professor Gerasimos Papadopoulos stressed that it is not clear at this time whether the magnitude 4.9 is a major earthquake.

“When it was activated in South Evia, we said it was an unknown outbreak, and here is a new outbreak, but from an outbreak we already knew about,” said the professor, speaking to SKAI.

In fact, he said, he did not rule out the possibility that the area could produce a strong earthquake because the dimensions of the specific fault were unknown.

When asked if the number of aftershocks was sufficient, with 49 recorded so far at 3.5 Richter, the professor pointed out that the number was not enough.

Assessment of the situation

Due to the severity of the situation yesterday, following the order of the Minister of Civil Defense, Christos Stylianides, in the afternoon, Special Scientific Committee on Seismic Hazard Assessment convened.

According to the commission’s findings, the evolution of the seismic sequence is continuously monitored by national seismographs and accelerometer maps.

Indeed, as it declared, “from the analysis of the data so far, the event is ongoing”, at least until now, allowing no one to say with certainty that the magnitude 4.9 earthquake was a major one.

Either way, residents of Psachna’s wider area should be especially careful in the next hours, maybe even days.

Strong recommendations are made by Civil Defense:

(a) avoid entering and staying in damaged or highly vulnerable buildings and
(b) Choose safe routes when moving through the urban fabric and protect them from falling objects or other structural elements.