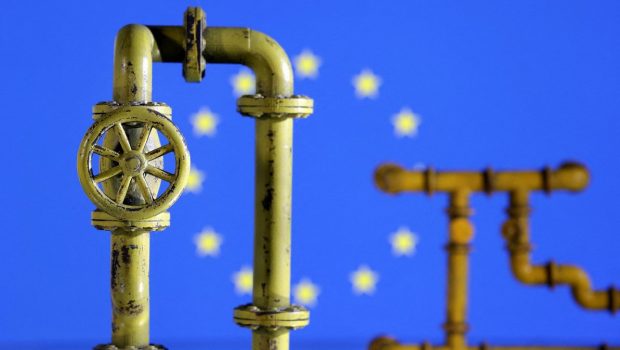 Many analysts have pointed to the crises caused by the war Ukraine. One of them is energy crisis Which is expected to change a lot on the energy and geopolitical map. Some states will lose a significant part of their international power, while others may emerge victorious.

The energy “wound” was opened due to the dependence that the European Union had on the issue of the war in Ukraine. The United States may be energy independent, but many powerful countries in Europe depend heavily on natural gas, while others depend on oil.

In its report, the International Energy Agency refers to the energy crisis as “the first truly global energy crisis, with effects that will be felt for many more years.” Of course, no one can say with absolute certainty where exactly we will lead, but everyone understands that things will never be the same again.

This crisis prompted governments to put in place a new energy policy in order to be able to face the crisis. The three goals are energy efficiency, affordability and sustainability. The top priority is for countries to ensure that they are sufficient, and signatures have been signed between Europe and the United States to start supplying liquefied natural gas so that there is no shortage.

According to the analyst’s statements in The Economist Intelligence Unit, the Agathe Demarais on CNBC “Europe will face a very difficult winter and two years of difficult macroeconomic pressures, but at the end of this period, it will strengthen its energy independence and gain access to a broader range of energy resources. This means that Russia’s use of energy as a weapon will end. The Kremlin knows European plans and is trying to harm the economy European as he can.

Even Germany, which supplies more than 50% of its needs with natural gas, has begun to reduce its dependence. According to Eurasia Group President Ian Bremer, “Germany looks set to survive the coming winter without serious energy bills even in the unfavorable scenario of a complete withdrawal of exports from Russia. This is very good news, as Russia’s influence in the European energy market is coming to an end.” .

State intervention in the energy market

Among the steps taken by European countries as a priority was intervention in their energy markets. Governments intervened in the markets as they began subsidizing households for energy consumption and industries for producing products.

Among the government’s moves was the nationalization of energy companies. Energy giant EDF will be nationalized in France. In Germany, Uniper, one of the world’s largest importers of natural gas, is being bailed out by the government after it was hit by cutting its imports of Russian gas.

The end of Russia and the supply of Europe

Based on data from the International Energy Agency, Russia is the world’s largest exporter of gas and the second largest exporter of crude oil after Saudi Arabia. He was an American analyst states in his article on energy, that Russia when the war ends will be a “limited energy power”. “While it will remain an essential resource, its role is sure to diminish,” the analyst added.

Regarding EU supplies, it is true that it should receive oil and gas before winter, but many European refineries are partially owned by Russian companies and are directly connected to the Druzhba pipeline.

If that pipeline shuts down, the oil for these refineries may have to be transported by sea, but EU oil import terminals may not be able to handle the shipments. The alternative, which is to import oil and gas from the Middle East or the United States, would be much more expensive than pipeline supplies.

Ultimately, Europe buys oil from the Middle East and LNG from the United States, leaving American ports at a cheaper price and arriving at European ports at a much higher price.

From all indicators, Greece’s position in this energy crisis is expected to be better compared to how vulnerable the powerful Nordic economies are to Russian blackmail. Greece appears to have ensured the sufficiency of gas, with conditions and in the event of a complete outage of gas, will continue to flow from the TAP pipeline and the Revythoussa terminal.

The annual demand for gas in the country is estimated at about 80 TWh, while the expected shortfall in the event of interruption of the flow from Siderokastro will be more than 50% and is estimated at 40 to 50 TWh. However, on top of this base scenario, if specific measures such as reducing exports from 65,000 MWh/day to Bulgaria are taken, the deficit will be narrowed.

In addition to the decrease in exports, there are other measures in the Greek quiver such as an increase in the use of lignite units, as well as the operation of oil in 5 natural gas units that have the possibility of interchangeable fuels.

In any case, the scenario guaranteeing Greece’s energy independence even in the event of a complete interruption of the Russian gas flow foresees the following actions: cessation of gas and electricity exports, full use of all available lignite units, operation of gas units with fuel oil that has the possibility of dual fuel and use of the Revythoussa terminal for imports liquefied natural gas.

Russia produces about 10 million barrels of oil per day, and in recent years has supplied Europe with about 40% of its gas import needs. It also supplies Europe with more than a quarter of the oil it buys from abroad.

Germany has taken its first major concrete step towards energy independence from Russia, which is now preparing to build two liquefied natural gas (LNG) terminals. “We need to do more to protect our country’s energy supplies (…) and not depend on certain energy suppliers,” were the words of German Chancellor Olaf Scholz.