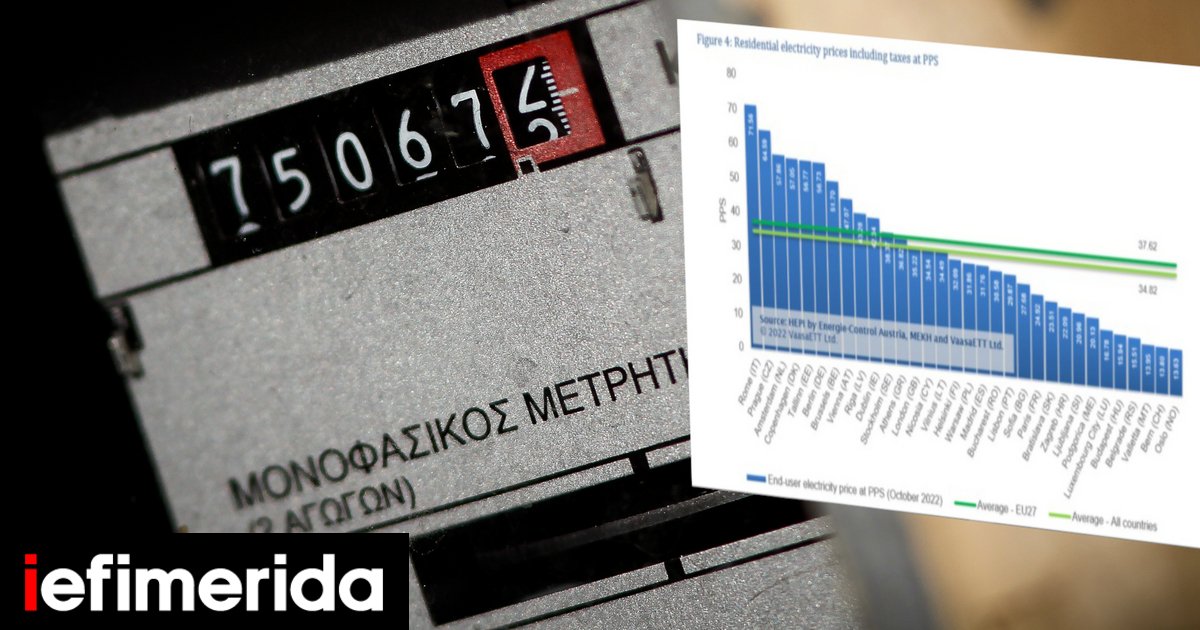 For another month, Greece is at the lowest level in terms of European ranking energy prices.

Rome is the most expensive city in energy prices

Our country also has the second lowest price for energy, according to the Household Energy Price Index (HEPI) data, which reflects the final prices paid by consumers. In particular, Athens is the second cheapest capital, with a kilowatt-hour being just over 25 cents of a euro (0.2537 euros). The cities with the highest prices are Copenhagen (€0.684), Amsterdam (€0.6750), Rome (€0.6495), Brussels (€0.5753) and so on.