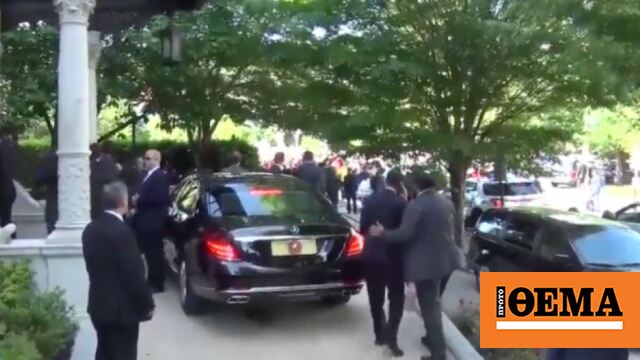 New ruling against her Ankara taken from United States of AmericaAt a time when Turkish claims multiplied and the climate with Washington remained cold.

by his decision US Supreme CourtTurkish request to review the decisions of the Court of First Instance and the Court of Appeal regarding Incidents of violence by followers of Tayyip Erdogan against Kurdish demonstrators in Washington.

This means that the path to the trial will be opened and the followers of the Turkish president will sit on the podium.


It is mentioned that in 2017, his security men Recep Tayyip Erdogan They attacked peaceful protesters and violently beat outside the Turkish ambassador’s house and then engaged in skirmishes with the US secret police.

The Turkish side appealed to the Supreme Court, requesting a review of the decisions of both the Washington District Court and the Court of Appeal, which ruled that: Acts of violence committed by the Turkish President’s security personnel do not warrant immunity Thus the US courts have the necessary jurisdiction to hear the cases brought.

However, the US government categorically rejected the basis of Turkey’s legal argument and recommended to the Supreme Court through its legal representative (Attorney General) to reject this request and thus open the way for a trial in the case. It is worth noting that according to the legal departments Today’s legal representative’s opinion is expected to play a decisive role and will be taken seriously by the Supreme CourtWhich is expected to make its final decision soon.

In reasoning on her decision, US Legal Representative Elizabeth Prilujkar noted that “the facts reached by the District Court and accepted by the US Court of Appeals prove that Turkish security personnel used force beyond any thought to protect their operation. Therefore, the use of force is not protected under the FSIA exception (the Act of foreign sovereign immunities). In light of this, The legal representative argues that the Court of Appeal reached the correct conclusion, and therefore its decision does not warrant review by the Supreme Court.

The legal representative continued her reasoning and refuted another argument of the Turkish side, which said that such a decision would have negative consequences for the international relations of the United States. However, the spokeswoman considered that this assessment is wrong, as she emphasized “The United States values ​​its relationship with Turkey, a NATO ally, has a primary interest in protecting its diplomats and senior officials traveling abroad. However, the decision does not undermine these interests. The decision is consistent with other decisions in which US courts have ruled so Foreign states are not entitled to sovereign immunity to damages involving the use of force in the United States».

The lawsuit was filed by US citizens not against natural persons but against the Turkish state. For its part, Turkey argued that it needed immunity, and therefore the specific incident could not be brought to the Washington District Court.

At the first instance level, the district court ruled that immunity criteria were not met. However, the Turkish side resumed the main argument that the specific measures were taken for reasons of protection of the President, who was on the stairs of the residence of the embassy. Given that the case concerned the involvement of a foreign government, the judges sought the opinion of the three competent government agencies (Ministry of Justice, Ministry of Foreign Affairs, Secret Police).

This was followed by a joint opinion filed by a memorandum in Washington District Court. In this text, the US Department of Justice, in cooperation with the Department of State and the Secret Service, concluded that Turkey does not meet the immunity criteria set forth in the “Foreign Sovereign Immunities Act” (FSIA). Justifying their reasoning, the three agencies argued that the acts in question were not carried out for reasons of protection for the Turkish president and therefore have no immunity. stipulated in the relevant provisions of the law.

It is worth noting that senior officials from the House Foreign Affairs Committee and The Senate Foreign Relations Committee has sent a letter to Secretary of State Anthony Blinken He is asked to explain that Turkey has no immunity under the Foreign Sovereign Immunities Act (FSIA).

In a final unanimous decision, the Washington City Court of Appeals rejected Turkey’s request to review its decision on violence against Kurdish protesters. It is reported that in 2017, Recep Tayyip Erdogan’s security men attacked and violently beat peaceful people Demonstrators who were outside the residence of the Turkish ambassador and then engaged in skirmishes with members of the US secret police.

At the trial level, the Washington District Court ruled that the criteria for immunity were not met. Then, after Turkey’s appeal, the three appeals court judges who heard the case came to the same conclusion. However, the neighboring country decided to exhaust all the legal tools at its disposal, and demanded that all 10 appeals court judges review the decision. However, he was not so lucky this time either, and now the rejection of the specific request means that an appeal to the Supreme Court is Turkey’s only avenue.