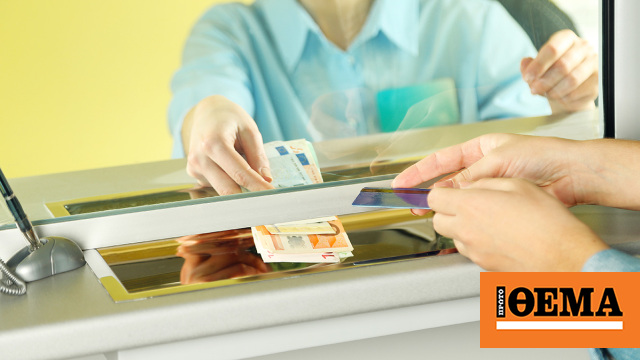 Facing a new rate hike – the third in nearly four months – there are thousands of mortgage borrowers, in addition to business loans, Those whose monthly installments will increase the next day And, in fact, in a period when they have to survive under the burden of accuracy.

Under the pretext of fighting inflation, which “touched” 10% last September, Central Bank President Christine Lagarde announced an interest rate adjustment of 75 basis points; Which means that the base rate is now set at 2% (from 1.25% previously). In practice, this means that a loan of 100,000 euros, with an interest rate of 3.5% and a repayment period of 20 years, which in installments last June was 511 euros, today, after the new increase in interest rates by the European Central Bank, will jump. to about 626 euros. So, within four months, the borrower has seen his loan amount “swell” by 114 euros / month or 1,369 euros / year!

And so … 3 months ago Yoribor, to which 90% of the loans are related, It is estimated to continue on its “crazy” path, “going up” from 1.58% today to 2.5% at the end of this year and to more than 3% next year. Naturally, the banks, trying not to deviate from their credit expansion goals, but also under pressure to shift interest away from fixed interest rates — now costing themselves — decided to informally keep floating rate mortgages below 4%. In this context, they reduce the profit margin (the spread).

In any case, the annuity fee may be higher or lower, depending on the amount or term of the loan, but mainly depends on the term remaining until it expires. where interest is paid in advance, If the loan is in the first 3 or 5 years of repayment, the additional cost may be higher.

In contrast, for an average interest-free business loan of €200,000, with an average initial interest rate of 5.5% and a repayment period of 10 years, the increase An increase of 75 basis points translates to an increase in the monthly premium of €76/month (From an initial premium of €2230 to €2307).

What will happen to depositors?

Depositors are expected to see the first small increases early next month. With deposits continuing their upward trajectory, “reaching” last September 185.5 billion euros, banks realize that they can no longer “ignore” the ECB’s increases, Thus, to reward its customers.

It is worth noting that unlike foreign banks that offer interest rates from 2% to 2.5% for accounts in euros, domestic financial institutions have kept interest rates close to zero. Based on the latest figures from the Bank of Greece (BoG), last August, the weighted average interest rate on all new deposits remained unchanged at 0.04%, The average rate on overnight deposits for households is 0.03%, while the corresponding rate on corporate deposits has remained virtually unchanged at 0.01%.

Thessaloniki: The student from Kenya stood out in the show – “I am proud of my country”

Archimandrite dies in Kipseli: I don’t think he committed suicide, says his brother