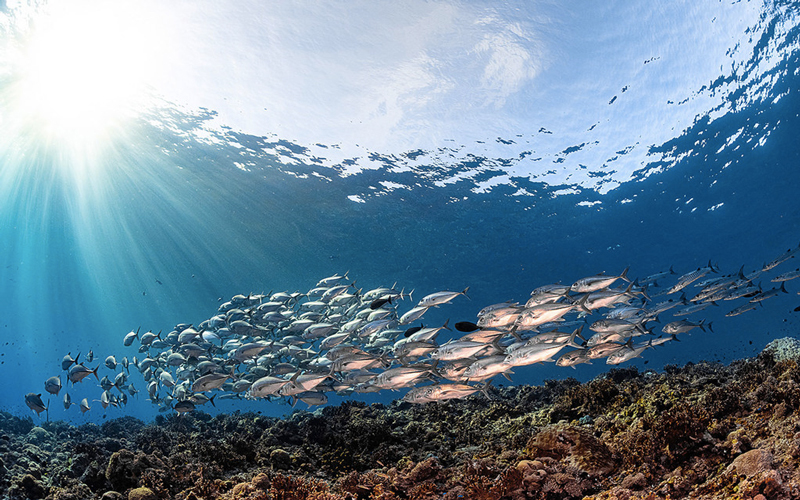 On the occasion of the United Nations Ocean Conference, the Director-General of UNESCO called on the international community to intensify its actions as quickly as possible “to better understand and protect the oceans”.

In Lisbon, Audrey Azoulay, Director-General of UNESCO, Marcelo Rebelo de Sousa, President of Portugal, and Uhuru Kenyatta, President of Kenya, brought together the Decade for the Ocean Alliance. Created on the occasion of the Decade of Ocean Sciences for Sustainable Development (2021-2030) led by UNESCO, this body makes possible increased international cooperation in research, education and ocean protection. ” Thanks to this alliance, we have already raised 920 million dollars, which funds a hundred works “Audrey Azoulay was greeted at the opening of this meeting.” But most of the way is still to be done. The ocean is still often in the blind spot of public consciousness and politics. We don’t understand it and don’t protect it enough. There is an urgent need to radically reverse the trend She invited public sector leaders and private partners.

The Director-General of UNESCO gives high priority to ” Advance the state of knowledge Oceanographic research accounts for an average of only 2% of national research budgets, while only 21% of the sea floor is mapped. However, this data is essential to understanding currents, listing fishery resources or identifying geological hazards. UNESCO is committed It aims to map at least 80% of the sea floor by 2030.

The second priority: better protection of the ocean. ” This means a rapid increase in the surface area of ​​marine areas that benefit from protective measures Advocate Audrey Azoulay. Thanks to UNESCO World Heritage Sites, 20% of the world’s reserves of blue carbon are already protected: coral reefs, mangroves or seagrass beds that help reduce climate change by storing carbon dioxide on a large scale.

UNESCO also has more than 210,000 square kilometers of biosphere areas: a program that was envisioned in the 1970s and then pioneered in sustainable development, which is based on the balance between man and his environment. In the same spirit, the organization protects indigenous traditions and know-how that is important to pass on to younger generations, particularly in relation to sustainable fishing.

Education is the cornerstone

” But for these actions to work and for us to have tangible results, we must also engage the whole community with us. This is the main role of education, and is the basis of UNESCO’s mission Audrey Azoulay recalled. The organization has set a goal for its 193 member states: all include environmental education in school curricula by 2030. It is also developing global awareness campaigns, such as Generation Oceans, for which Brazilian surfer Maya Gabeira became its spokeswoman on Monday by appointing a UNESCO Goodwill Ambassador.