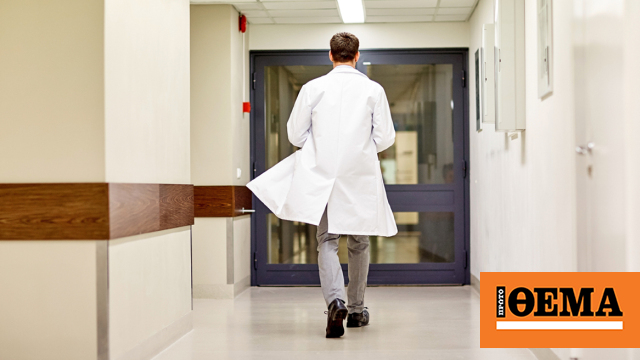 The investigation by the Directorate of Organized Crime is in full swing Thessaloniki to the case”fake doctor» From Athens, accused of coercing afflicted patients Multiple Sclerosis To try ‘breakthrough therapy’ with stem cell injections, Five people lost their lives as a result.

Victims of the physical therapist who represented him Doctor It is estimated that there are at least 15 people from different parts of the country and according to information, the major investigation began – under strict secrecy – following a complaint to the Thessaloniki police by a relative of one of the victims.

According to the information, the action “fake doctor» was allegedly launched in 2009 and managed to scam dozens of people in recent years Patients, from whom he received large sums of money for providing him with prescribed treatments and mainly stem cell injections. The person who introduced himself as a doctor – a neurologist, seems to have worked with one Doctor from Germany, a person interrogated for some time by EL.AS. And the case against them is included in the record.

Consequently his illegal activity Five people diedIt is estimated that the “fake doctor” earned more than 1 million euros, as he allegedly received even 20,000 euros per injection from his victims, while I found out how much he made from vials of “stem cell treatments”. He assured the patients.

During the inquiry by its experienced officers Directorate for Combating Organized Crime of Thessaloniki, samples of the vials he allegedly administered to patients were sent for laboratory analysis and found to be completely devoid of medicinal properties. According to information, at case file Criminal acts created for prosecution and o “quack” He faces charges of fraud and serial murder. At the same time, investigation is also being conducted on whether other persons are involved in this case.

More official information is expected from the Greek police in the next few hours, while in a statement released Thursday evening, it said:

“In an investigation by the Thessaloniki Security Directorate for a case of defrauding patients with serious health problems, five of them died, while the perpetrators received a large financial benefit. New update coming.”

Eva Kylie is in jail – Pancheri’s confession against M.E.K