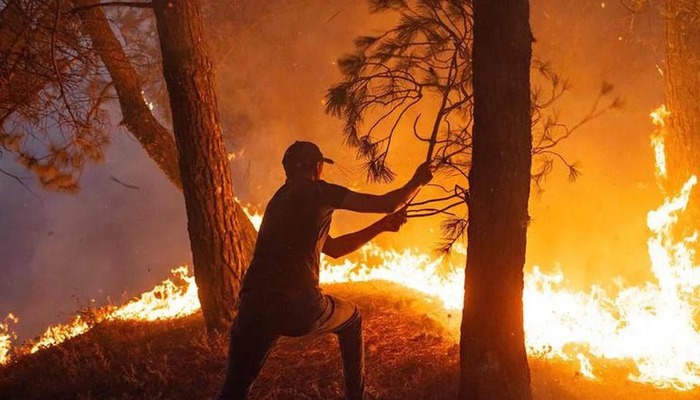 At least 43 dead. This is the new official report, published on Monday, of the fires that have ravaged the forests of northeastern Algeria since last Wednesday. An earlier assessment submitted four days ago reported 37 deaths.

The damage will likely increase further, while the flames are still out of control. The state is unprepared to deal with wildfires, particularly due to the virtual absence of water launchers. Indeed, Algeria abandoned the Spanish Thrush 710 firefighting aircraft this year, in response to Madrid’s support for Morocco in the Sahara issue. However, the machines of the Spanish company Plysa, which were dispatched in less than 24 hours last year, greatly helped Algeria in its fight against forest fires.

In addition, the National Gendarmerie Command also indicated that “the process of identifying the bodies is continuing”, indicating that the death toll may rise further.

For its part, the Civil Protection announced that within 24 hours (from Saturday to Sunday), 31 fires were extinguished in different regions of Algeria, after a new fire broke out.

As a reminder, in 2021, at least 90 people, including about thirty soldiers, died in fires that destroyed 100,000 hectares of wages.