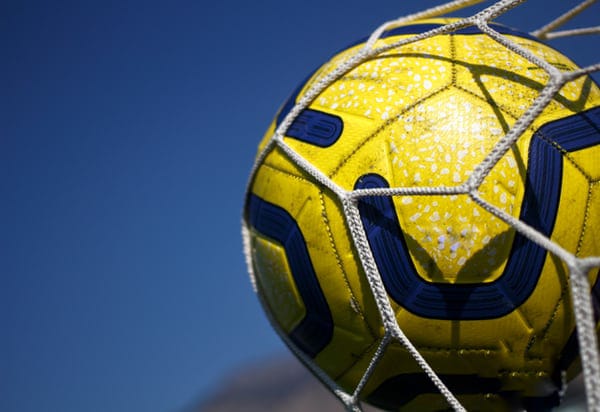 While there are many sports around the world, there are only two which are sometimes confused in conversation when the context is not quite apparent. Yes, you guessed it, we’re talking about two different kinds of football, association football, known as ‘soccer,’ by residents of the U.S.  and American football or the ‘NFL’. Even though they are entirely unique from each other, some association football athletes have left the first one to dabble in America’s top-tier league. Let’s see how many of these multi-talented players’ names you recognize from over the years.

First up is Neil O’Donoghue, an Irish player who started out with the League of Ireland in the 1970s as a member of the Shamrock Rovers. A talented scorer from Dublin, O’Donoghue went to the U.S. on a soccer scholarship but decided to transfer to Auburn University’s American football team once his program ended. It was here that a true legend was born, as the 6-foot-6 placekicker was picked up by the NFL and went on to play for the Buffalo Bills, Tampa Bay Buccaneers, and St. Louis Cardinals. To this day, O’Donoghue is still the tallest kicker in the league’s history.

Staying in the 70s with Chris Bahr, this former midfielder for the North American soccer league also became an American football placekicker in the NFL. An alumni of Penn State, Bahr wore both two sports hats for the Nittany Lions, playing on both the soccer and football teams while studying for a degree in Biology. His career shifted from association football to American football when he was drafted as a second-round pick by the Bengals in 1976. He was later picked up by the then Oakland Raiders where he kicked in not one, but two Super Bowl victories.

Speaking of the Raiders, even after all these years the franchise is still in a good position in the AFC West. Although the retired Bahr may not be on their side anymore, fans are eagerly reviewing odds for the upcoming NFL season ahead of the big game, hopeful that the team’s current kicker Daniel Carlson can take them all the way if need be. In fact, just like Bahr was a Raider’s second all-time leading scorer at the time of his career, Carlson also tied for the NFL lead with 144 points. One thing’s for certain- placekickers like Bahr with a soccer background bring something extra to the table.

Obed Ariri is another historic athlete who made a name for himself in both association football and the NFL. After being scouted in his home country of Nigeria, Ariri came to the U.S. and played for the North American soccer league as a striker and as a placekicker for Clemson’s American football team. After playing for the University and being inducted into their Hall of Fame for his impressive achievements, the kicker was then drafted by the Colts in the 1981 draft. In the pros, Ariri left a legacy by becoming the first Nigerian native to play in the NFL. 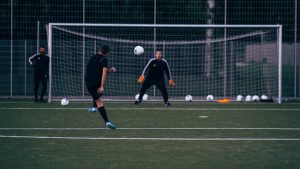 Like some of the other players on this list, Toni Fritsch is well known for coming from somewhere outside of the U.S. and making a splash in American football with his talents. The Austrian native spent a successful career as a striker in his home country winning the championship a whopping three times. His NFL stint started later, as he joined the Dallas Cowboys in 1971, becoming the first Austrian to play in the pros. This same year he even went on to earn a Super Bowl ring. The following year he made a record 21 field goals with the organization. In the same way that association football in Europe has famous rivalries, so does the NFL in America. Fritsch participated in plenty of intense games like these, using his dominant kicking skills to rise above the opponents, however fierce. In 125 games played, Fritsch recorded 137 field goals!