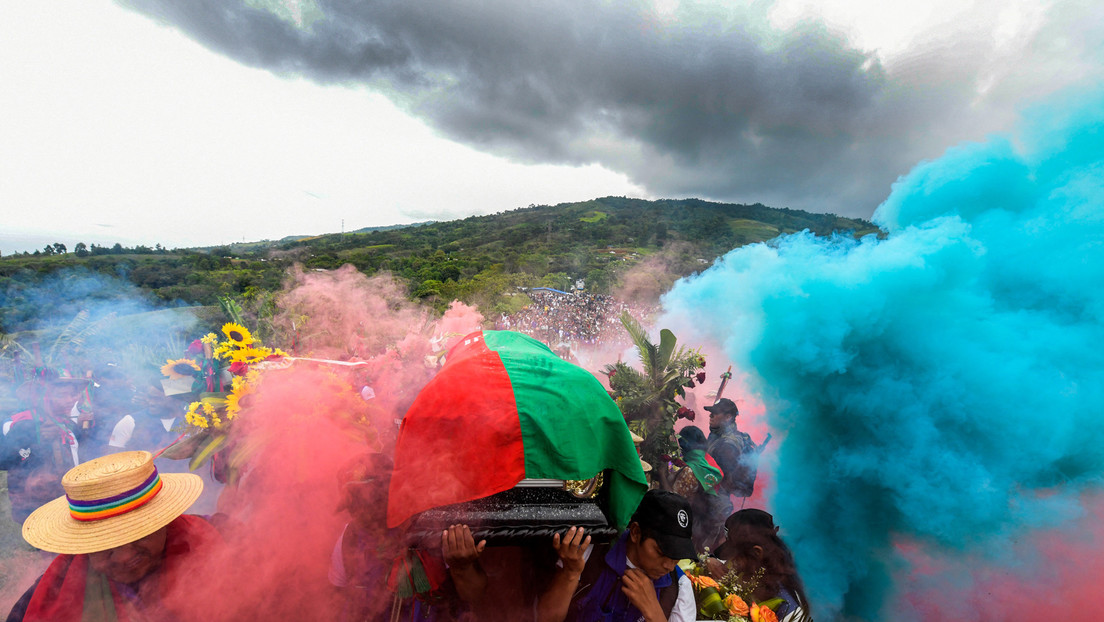 A total of four youths were killed this Sunday on a road in the municipality of Balboa in Colombia’s Caca Department following a wave of systematic violence across the South American country.

According to versions collected by the Institute for Development and Peace (Indepass), the victims were traveling in a truck when armed men approached them, dropped them from a vehicle and shot them.

So far there is no further details about the events, the reasons or those responsible for this event, which again makes the Kaka department sad.

Meanwhile, it has not been ruled out that the criminal activity is linked to FARC protesters or illegal armed groups in the area, such as the Clan del Golfo.

This is the 32nd massacre this year, according to Indepaz data, which is expected to escalate the violence since the presidential election.

Senator Feliciano Valencia spoke out, pointing out: “Violence has not stopped in the country.

Left-wing leaders and activists from social and human rights organizations criticized the events, while President Ivan Duke announced the implementation of peace agreements with the United Nations and the role of the Colombian government in these developments.