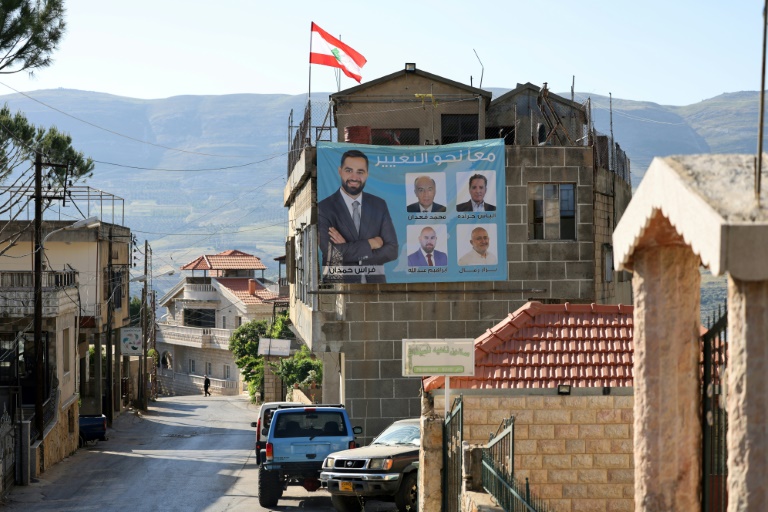 From the hotbeds of the “revolution” to the parliament, the march of two elected Lebanese officials

In 2020, Firas Hamdan was shot and seriously injured in the suppression of an anti-government protest near the Parliament building in Beirut. Two years later, he is preparing to sit in the new council as a representative of the protest movement.

The breakthrough for independent candidates in Sunday’s legislative elections is unprecedented.

Members of the 2019 protest movement include Firas Hamdan, a 35-year-old Druze lawyer and activist, and Elias Jaradi, a 55-year-old Christian eye surgeon.

Their feat: They succeeded in winning seats that they had won for three decades from allies of the powerful armed Shiite Hezbollah in southern Lebanon.

In Mr. Hamdan’s family home surrounded by olive and pine trees in the village of Kfir, friends and relatives have been there every day since the elections. Some respond to constant phone calls, others mention the chosen one in their media interviews, and relatives worried about his health ask him to rest.

To everyone who participated in the demonstrations and suffered from the oppression of the political class for years, I tell them that one of the victims is now in Parliament to carry the voice of those abroad and demand their rights. »

“My candidacy for the legislative elections is the result of a journey that began on the first day of the demonstrations against the authority (…) until my injury” during the protests of 2020.

Mr. Hamdan participated in the unprecedented protest “revolution” that began in October 2019 to demand the departure of a political class as it has been for decades, accusing it of corruption, shortcomings and incompetence.

On August 4, 2020, huge quantities of ammonium nitrate stored without precautionary measures exploded in the port of Beirut, killing more than 200 people. This tragedy is widely attributed to the neglect of leaders.

Protests will erupt to topple power. They will also be suppressed with bullets or rubber bullets, according to the NGOs.

Firas Hamdan was among the demonstrators. He was seriously injured and underwent open-heart surgery. But doctors were unable to remove the shrapnel from his heart.

“We led the battle (…) with the aim of restoring the rights of citizens, demonstrating the presence of the opposition in southern Lebanon and breaking the political hegemony. And we succeeded. »

He believed that it was necessary to “reconstruct the rule of law” in order to “restore confidence in the country that has become a country of death and immigration.”

Many Lebanese chose exile after the crisis, which was marked by a sharp depreciation of the national currency, stifling banking restrictions, and the impoverishment of the population.

A few kilometers away, in the village of Ebel Al-Saqi, the family of Elias Jaradi welcomes relatives and friends into a house full of flowers.

The new elected official was not present because he was looking after his patients in Beirut.

Grady graduated from Harvard University in the United States, and divides his time between Lebanon and the United Arab Emirates.

Between the two operations, he answers questions from AFP.

“A lot of people have asked me, ‘You’re a doctor known for integrity, what do you do? ‘, he says, referring to his candidacy. “As if politics is not limited to professionals and honest people!”

Grady, a father of two daughters, hopes to give the younger generation “hope after… despair”.

We are the revolution and the model. We tell everyone: Free yourselves from traditional parties.

Despite this victory, the two representatives are aware of the difficulty of their task.

“We are not from political or wealthy families, we are ordinary people who work and live with dignity,” says Firas Hamdan, who aspires to end the impunity that is rampant in the country.

His colleague Elias Jared agrees. “We may not be a lifeline, but we will create a glimmer of hope (…) to build the Lebanon we dream of.”