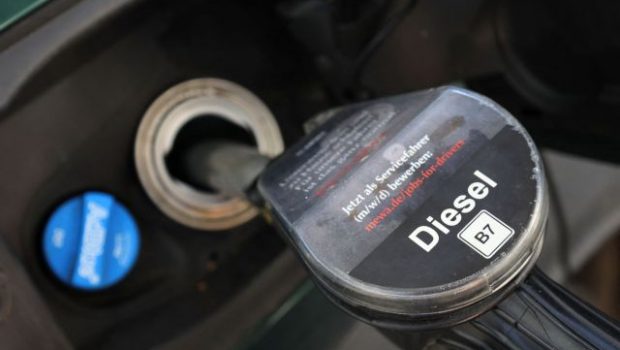 The sand is running out in the hourglass… Russian diesel As sanctions against the EU’s largest supplier take effect within 12 days and concern grows over the supply gap and fuel prices the next.

EU countries will be formally banned on Sunday, February 5, from importing refined petroleum products from Russia (diesel, gasoline, fuel oil, kerosene, etc.) as part of sanctions imposed by Europe, and many analysts are wondering if the bloc is headed for a fuel crisis.

For the old continent – before the conquest – independence from Russian energy seemed like an unrealistic scenario, but it seems to be taking shape. Last year, the EU imported around 220 million units of diesel from Russia, according to figures from Vortexa Ltd. The fuel is vital to the European economy, powering cars, trucks, ships, industrial equipment and more.

Of course, as with natural gas, matters relating to Russian oil are complicated. Replacing that much Russian fuel—think about 14,000 Olympic-size swimming pools filled with diesel—is quite a challenge.

As it became known, the 27 member states of the European Union are obliged to have stocks of refined products for at least 60 days, and storage areas are already full of Russian diesel.

Looking optimistically into the future, Bloomberg asserts that there is reason to believe that the remaining Russian supplies could also be met from elsewhere. “The missing Russian supplies will be replaced,” said Eugene Lindell, head of refined products at Facts Global Energy.

It is a fact that Europe did not sit idly by during this period of deliberations about what action to take against Moscow. The European Union has already reached out to other countries as Kuwait has already five times increased its diesel exports to Europe, which until recently were only 50,000 barrels per day.

See also  The Federal Reserve is ready to shock the markets

At the same time, after Russia, its rival OPEC +, Saudi Arabia is the country from which Europe imports the most oil. In fact, last October its exports to Europe increased dramatically, but even then the picture looks the same as before the war began.

India and the United States have also increased shipments to the European Union in recent weeks, but – as we have pointed out – the most important potential ‘player’, albeit indirectly, may be China. “China policy is a game-changer,” said Mark Williams, director of research at Wood Mackenzie Ltd.. The country “holds the key to all excess refining capacities around the world.”

China’s diesel exports may reach 400,000-600,000 barrels per day by the first half of this year. This is a similar volume to what the EU and UK are currently expected to lose in terms of sea deliveries from Russia.

But while there are plenty of refueling options for the EU and UK, there are also potentially broader concerns: Could EU sanctions cause Russian barrels of diesel to disappear from the global market.

If Russia is unable to find enough new non-EU buyers for its fuel, what will happen? If it were to reduce production at its refineries accordingly, that could limit global supplies, driving up prices.

Lindell expects diesel flows into the country to decline next month and into March as sanctions take effect. Even if there are plenty of willing buyers, getting fuel out of Russia can be a challenge. Another key question relates to demand and how strong it will be in the future. The warm weather in Europe has undoubtedly helped, perhaps reducing consumption of heating oil—a diesel-type fuel—and lowering the price of natural gas, which in theory makes it cheaper for oil refineries to produce high-quality diesel.

The role of intermediate countries should not be underestimated either. Turkey, for example, which is not part of the European Union, could theoretically import large quantities of Russian diesel – it really needs a large amount – and then use it to supply its domestic market.

Non-Russian diesel produced by refineries could be sold to the EU, likely at a much higher price.

But China can also send oil products to its neighboring countries, to Asia and from there to Europe. “There is a particular risk of importing Russian diesel through China and India,” says an oil industry source. “It is possible that the price of diesel will be well over 2 euros per liter at petrol stations.”

Much will depend on what ceiling has been set and how Moscow reads it. If it is high enough to continue exports, but also low enough to reduce the Kremlin’s income.