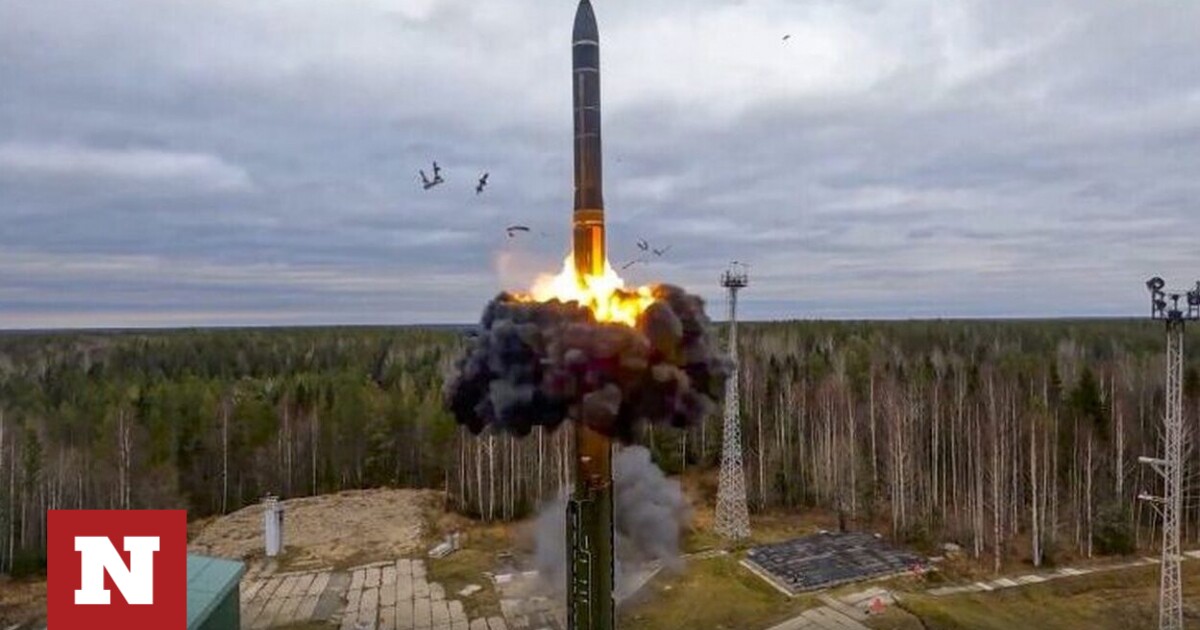 In the past 24 hours, there have been reports of a possible use of nuclear weapons and the detonation of one of them World warit seems more and more


Russia accuses the West almost daily, speaking of a “dangerous, bloody and dirty game” against the backdrop of Ukraine.

The first to talk about a nuclear conflict was the deputy head of the Russian Security Council and former Prime Minister Dmitry Medvedev. Putin’s direct partner did not hesitate to put the dilemma straight: Russia’s victory in Ukraine, or global nuclear war.

A clearer statement could not be made, on the grounds that Kyiv, with the support of the Western powers, is directly threatening Russian territory and sovereignty.

“If Russia is not expected to win, Ukraine will obviously win. Ukraine’s goal in the war, declared by the Kyiv regime, is to restore all the lands that once belonged to it. In other words, Russia annexes them. This is a threat to the existence of our state and the collapse of Russia today. ”, characteristically stated on Tuesday and added the conclusion that such a possibility was a direct reason for using Paragraph 19 of the Basic Principles of Russian state policy in the field of nuclear deterrence. “Who is actually planning a nuclear conflict, may I ask? What is this if not a direct provocation of a world war with the use of nuclear weapons?” he said.

According to paragraph 19 of the said document, the conditions under which Russia can use nuclear weapons are reliable information about the launch of ballistic missiles attacking the territory of Russia or its allies, the use of nuclear weapons by the enemy or other types of weapons. Mass destruction on the territory of Russia and its allies, the enemy’s impact on the critical state or military facilities of Russia, the failure of which will lead to the weakening of the retaliatory nuclear forces.

In addition, paragraph 19 of these terms refers to an act of aggression against Russia using conventional weapons that endangers the very existence of the state, which Medvedev mentioned in his statements.

On Wednesday, Moscow launched threats against Norway through the representative of the Russian Foreign Ministry Maria Zakharova.

On the occasion of Norway’s decision to raise the level of military alert as of yesterday, November 1 due to Russia, Zakharova spoke of an “escalation of tension” and an “appropriate and timely response to any hostile action”.

In particular, the representative of the Russian Foreign Ministry stated that Russia sees Norway’s military preparations near its borders as a way to escalate tension in the region.

“Foreign military bases They have appeared permanently in Norway. The corresponding infrastructure has been modernized, modern equipment is being procured and Oslo is now among the most active supporters of NATO’s engagement in the Arctic.

“We consider such developments near the Russian border as a deliberate pursuit by Oslo of a disastrous path toward escalating tension in the Euro-polar region and ultimately destroying Russian-Norwegian relations,” he added.

Zakharova insisted that this was not the choice of Moscow. “Russia is always open to honest dialogue and mutual respect, but any hostile action will follow,” he added of an appropriate and timely response.” The official said.

Foreign Ministry: The five nuclear powers are being dragged to the brink of immediate armed conflict

The Russian Foreign Ministry has expressed concerns that the five nuclear powers are “drift to the brink of direct armed conflict” and that the West should stop “encouraging provocations with weapons of mass destruction that could lead to dire consequences.”

“We are convinced that in the current complex and turbulent situation caused by irresponsible and impudent actions aimed at undermining our national security, the immediate goal is to avoid any military conflict between the nuclear powers,” the ministry said in a statement.

Moscow said it stood by a joint statement it issued with the United States, China, Britain and France in January, which reaffirmed their joint responsibility to avoid a nuclear war.

“We reaffirm our commitment to the joint statement of the leaders of the five nuclear-weapon states to prevent nuclear war and avoid an arms race from January 3, 2022,” the Russian Foreign Ministry said.

Russian President Vladimir Putin has repeatedly appeared to threaten a nuclear attack because of the war in Ukraine, and Moscow has repeatedly said that its military doctrine allows the use of nuclear weapons if Russia’s territorial integrity is threatened.

And in September, Putin said he was “not cheating” when he said Russia was ready to use “every available means” to defend its territory. He added at the time that the United States set a “precedent” when it dropped two atomic bombs on Japan at the end of World War II.

Shortly thereafter, Ramzan Kadyrov, the leader of the Chechnya region and a key ally of Putin, called on Russia to use a “low-yield nuclear weapon” in Ukraine.

Moscow also repeatedly accuses Kyiv of seeking nuclear weapons and alleged at the start of the war that NATO planned to use Ukraine as a bridge to threaten Russia – allegations Ukraine and NATO denied.

See also  Presidential France: Candidates show their differences and criticize each other