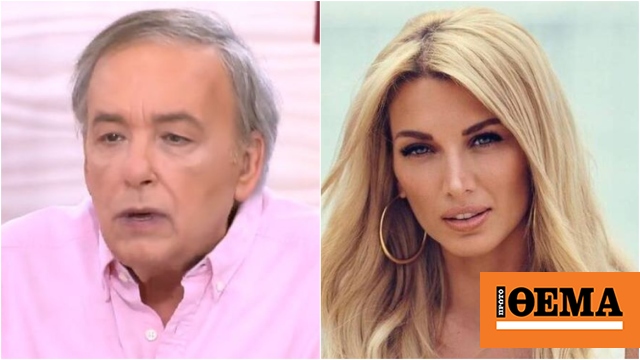 for Constantina Spiropolo state Andreas MicrotsikosOn the occasion of the presenter’s quarrel with Fotini Petrojani on social media.

Konstantina Spyropoulou found herself in the spotlight, after her interview on Eleni Menegaki’s Show, by saying that she was ashamed that some of the people she met from the field were commented on so often and in different ways.

Among them is Andreas Mikrotsikos, who “criticizes” the presenter, in statements he made to the camera on the “Open Weeekend” program.

“I saw this, I see it and I will sign it … In 2-3 years with my last participation in television, I learned from technicians, from colleagues, from old broadcasters that everyone at that time experienced a period of terror … the head did not fit .. I cut off Many heads because anyone with a small talent seemed to compete with her..,,,

Who gives the right to every creature – to say nothing worse – to every mighty beast to cast the other into idleness, misery, want and poverty… This is a crime… It is not permissible… I disagree with those fellows who are trying to end it… There is no A forgotten past when people are unhappy and lose their jobs…” Andreas Microtsikos finally stated.

See also  Alexandra Palaeologus on the loss of her child: "The pain is so great that I did not expect it"

Secret CIA report: The Turkish man who wanted to travel with Emirates Airlines was a “jihadist”