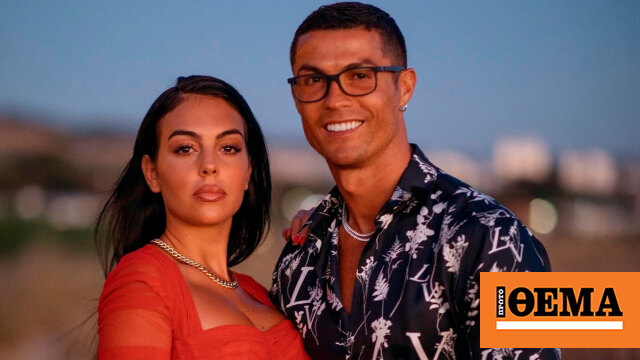 In a hotel suite identical to the “golden” contract he signed with her Victory He will stay for a month in Saudi Arabia Cristiano RonaldoAccording to the Daily Mail, until he finds his permanent residence.

According to the publication of S Ronaldo Choose the hotel Four seasons In the Riyadh Specifically, the Kingdom Tower, which is one of the tallest buildings in the Kingdom of Saudi Arabia.

According to the same source, Cristiano Ronaldo has opted for one wing With a total of 17 rooms (Kingdom Suite) where he stays with his family and friends as well as with his security. It is characteristic that this particular set is not found, according to the Daily Mail, in its official price list the hotel But a separate agreement is required, as is the case for the Royal Suite.

To give you an idea of ​​the cost, though, it should be noted that the presidential suite costs €3,000 a night with the British newspaper estimating that the final bill for Cristiano Ronaldo would be in excess of €280,000.

The description of the Kingdom Suite on the hotel’s website describes it as “offering a magnificent view of Riyadh. The hotel’s new two-story suite contains, among other things, a separate living room, private office, dining room, and media room.”

The hotel where the Portuguese star will be staying for the next few days will offer flavors from Japan, China, India and the Middle East, while he will also have the option of special meals prepared by the chefs.

According to the post, hotel staff have been instructed not to ask Ronaldo for selfies and to be polite to them.

See also  Santos' contract settlement is complicated by a tax case that could cost him 20 million.

However, the CR7 has already made its first outings in Riyadh On Saturday evening, he also visited the Miyazu Japanese restaurant, and again chose the Lebanese cuisine, which he tried with a Saudi prince and a sports official.

According to the posting, the hotel also covers her needs Georgina Rodriguez It has a shopping mall with branded stores as well as tennis courts, massage and spa services.

Meanwhile, Georgina Rodriguez posted a picture with her two children from her relationship with Cristiano Ronaldo. Many of her millions of followers found the shot very sensitive and commented the best on the photo, in which little Mattia kissed his sister Esmeralda on the cheek.

However, the fact that little Ronaldo wears an earring in his ear and, in general, is exposed to millions of eyes, brought heaps of negative comments to Georgina’s profile.

“They didn’t allow him to be a child,” they captioned the snap of little Mateo with his sister. The photo of the twins may have been uploaded to Rodriguez’s profile for 4 days, but to this day, the critical comments from Instagram users haven’t stopped.

“They wouldn’t let him be a child and they already put earrings on him. He’s 5 years old for God’s sake,” one follower wrote. “At this age, a child doesn’t decide whether to wear earrings or not. Everything in its time,” confirmed another. Another follower added: “This little boy is already wearing an earring.”