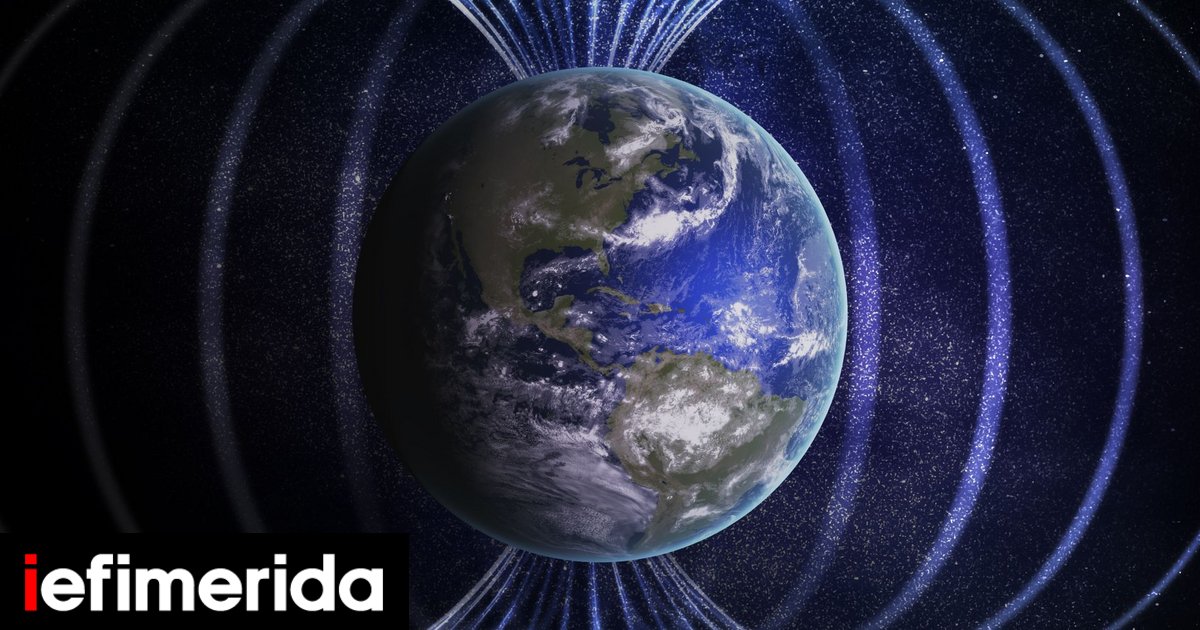 The sound of the Earth’s protective magnetic field is rather frightening, which was first heard as announced by the European Organization space (European Space Agency).

Scientists at the Technical University of Denmark took magnetic signals recorded by Europe’s Swarm satellites and turned them into sounds.

In fact, the magnetic field itself around our planet cannot be directly observed or heard. It is a complex and dynamic “bubble”, which keeps us safe from the cosmic radiation and charged particles of the powerful solar wind. When these particles collide with atoms and molecules — primarily oxygen and nitrogen — in Earth’s upper atmosphere, some of the collisions turn into stunning blue-green aurora.

Earth’s magnetic field is mainly caused by an “ocean” of super-hot molten iron swirling in the outer core of our planet, which generates electric currents, which in turn generate the electromagnetic field.

The three satellites of the European Space Agency

The “trio” of satellites of the European Space Agency’s Swarm mission, which was launched in 2013, studies the Earth’s magnetic field, accurately recording its signals.

Danish researchers and musicians have used this magnetic data, of both the Earth’s core and the geomagnetic storm that arose after the solar flare, to turn it into sounds, which sound like… the background to a nightmare.

As they said, their intention is not to frighten people, but to remind them of the existence of the magnetic field, and although it sounds a bit alarming, life on Earth actually depends on it.

A series of loudspeakers at Solbjerk Square in Copenhagen will broadcast the sound of the magnetic field periodically throughout the week of October 24-30.