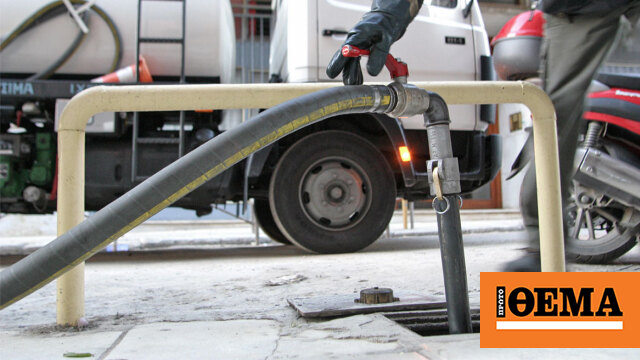 For the second month our country scores New inflation reliefHe confirmed Giannis Okonomo Citing European countries that had a higher rate of inflation than our experience. “The data testifies to the European dimension of accuracy Expose the president of Syria. Second, they prove that his containment measures work health perform.”

Pointing to the house basket he said so This initiative is bearing fruit It provides plenty of breathing space for our economically vulnerable citizens. The representative of the government stated that the rate of 23.5% of the products The price and total cost have been reduced From the basket is reduced while it is important to strengthen it with new products.

He also noted that government interventions heating oil And how More than 940,000 of our compatriots have applied. Specifically, the government representative said: “More than 500 million euros, interventions to reduce heating costs

As winter enters and temperatures begin to drop, I would like to stress that our government’s interventions exceed 500 million euros. A subsidy of 25 cents per liter at the pump has already been granted, while the beneficiaries of the heating subsidy have been greatly expanded.

As of yesterday, more than 940,000 of our citizens have applied to the AADE for heating allowance, with the application deadline ending on December 9th. Beneficiaries will receive the support they are entitled to in 3 installments, of which the first installment will be paid by December 21st.

And the government is interested, as it also proves in this part, in taking practical measures and practical policies to support society in one of its most basic needs.”

Income limits for this year’s heating allowance award It increased to €16,000 for singles and €24,000 for married couples3,000 euros for each child.

At the same time, the allowance increased from 300 euros multiplied by school days to 350 euros.

It is noteworthy that the deadline for submitting applications for the allowance ends on December 9, 2022.

To date, more than 940,000 citizens applied on the relevant AADE website (www.aade.gr/mythermansi ).

Referring to in the law of confidentiality, Cyber ​​security and personal data protection Mr Economou said the government aimed to ensure the necessary balance between protecting privacy and national security. Mr. Oikonomou detailed his judgments and predictions law Project.

side by side Reported about the changes have been merged distance Public consultation. «The Greek government is the first to intervene radically to deal with the problem. Our government never sweeps problems under the rug. Boldly gives solutions. At the same time, we decisively support justice.”confirmed the government representative.

“King of Liver”… Naked: A famous influencer for using steroids has been exposed!