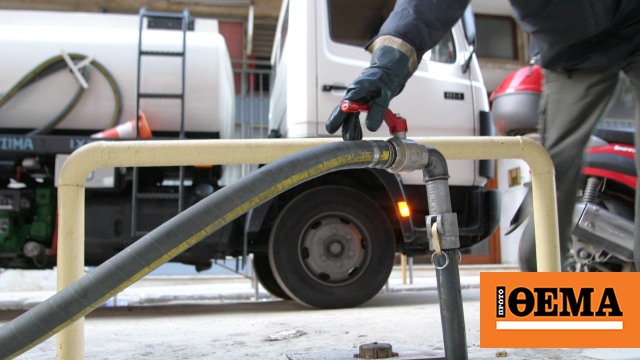 For only a few days Still heating oil It will be available at a lower price (compared to last December) 1,12 euros lt. Since the new year, its price is rising due to “scissors” – State subsidy of 10 cents per liter. In other words, as long as prices remain at the same levels, they will be provided from the new year at a “maximum” of €0.10 which could be higher if the parallel support from refineries.

Until the end of 2022, the heating oil subsidy was up to 25 cents per liter including VAT. However, as announced by the Minister of Finance, Mr. Chr. Staikouras, from January to March 2023 the subsidy will be 15 cents per liter including VAT. The decrease in the subsidy amount since the beginning of the new year is attributed to the fluctuations recorded in international prices in the recent time period. The most recent price calculations by the Ministry of Development (before Christmas) showed an average price of €1.128 per liter nationwide. Since then, global oil prices have skyrocketed, reaching $83 a barrel in early December They’ve even dropped below $75. Even if global prices “up and down” do not “exceed” the impact – on average – on Greece, consumers should prepare for a “cap” from January 2023 of 10 cents per liter. That is, from 1.12 euros per liter, which is the average oil price today, it is expected to be 1.22 euros per liter, provided that it is maintained at current levels. Even December 31st Moreover, the parallel subsidy of 7.5 cents with VAT from refineries and trading companies also applies, and as mentioned above, it is not known whether this subsidy will continue or be limited. to stop.

Before Christmas nearly 865,000 patrons Benefits were distributed in a lump sum 190 million euros While more could be allocated over the next year depending on Fuel purchases!

Thanos Ploris: Smoking in nightclubs is a problem – we all need to fight back

Naomi Ackie: Which actress “won” the role of Whitney Houston in the new biopic?