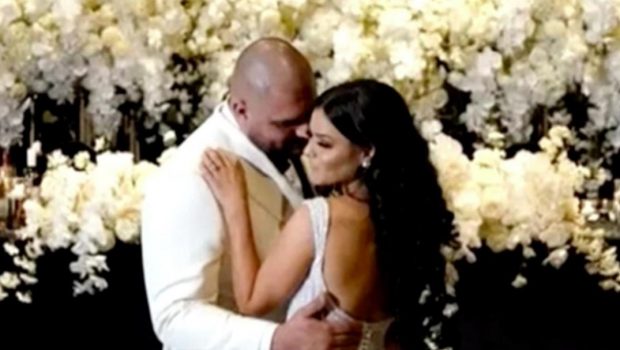 Facing charges over the death of 29-year-old Marina Morgan is now the 30-year-old Ruby Morgan with whom she chose to spend the rest of her life. The brother of the 29-year-old from Sydney has posted one of the last photos he has sent to her family.

The two young men chose Hamilton Island, one of the most sought after travel destinations in North America Australiato celebrate it wedding they. Their honeymoon ended tragically when the 30-year-old’s golf cart overturned on June 20. Marina Morgan’s injuries were so severe that she died at the scene.

Read also: Their Final Moments – Thriller with Quadruple Murder in the US

Only last week, authorities announced a series of charges against 30-year-old Robbie Morgan. He is accused of the fact that the two did not wear the necessary seat belts, mobile phone use and reckless driving which led to the tragic death of his wife. He is expected to appear in court on December 5.

Marina Morgan’s brother, Mark Hanna, shared many moments with his sister after her tragic death. Among them is one of the last photos she sent to her family.

“One of the last pics you sent. Come in. My heart is aching. Day by day it’s getting harder. But I’m trying to know you’re in a better place.” With this message, he accompanies the photo he uploaded to his personal Instagram account. The 29-year-old was seen sitting inside a plane and wearing headphones.

Marina Morgan: They did everything to save him

Last week, the authorities denied the incident, describing it as a tragic accident. “Maybe there was an inexperience in driving this type of vehicle. When he made a U-turn, the golf cart overturned and Marina Morgan was fatally injured in the fall.

Inspector Anthony Cowan said it was just a tragic golf cart accident. He confirmed that the unfortunate 29-year-old was not wearing a seat belt at the time of the accident.

A dentist and a firefighter were among the first on the scene after the tragic accident. They fought to save her life. She went into cardiac arrest and they couldn’t revive her. They tried for 35 minutes to get her heart beating again, to no avail.