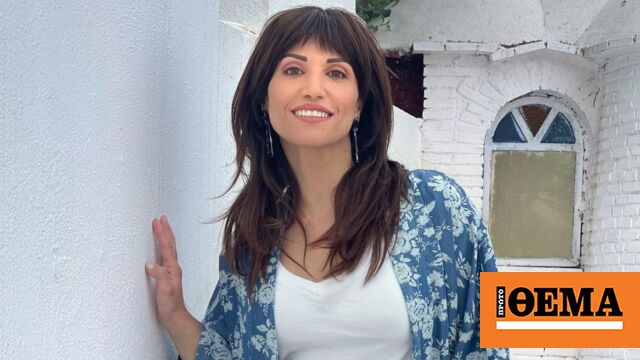 So far, the Sofia Bavlido He did not take a position on his interview Manos Papagiannis in “breakfast”. However, today, she made a series of posts on her personal Instagram account on the subject.

The actor was convicted in a legal dispute with his colleague and given a four-month suspended prison sentence.

Four years after the Sofia Pavlido incident, he “resolved” his silence and converted to Islam an interview on “The Breakfast” program regarding the issue.

In it, he stated the following: “Sofia Pavlido promised me she would destroy me, dismember me, bury me alive and she succeeded, no matter the outcome of the trial.”

And the artist, through her personal account on Instagram, wanted to take an indirect position on the issue and re-published some supportive comments from the “Career Women” group.

These include: “It is a disgrace to give space and a public platform to an abuser, in fact, immediately after his conviction by the Greek court. It is very serious to hear him blame the victim and use grandiose expressions such that Sofia Pavlido had no other desire than to destroy his career, rather than use his time TV to apologize yet.

“This interview does you no honor. Have you ever thought about how all of us women victims of abusive behavior felt, now seeing on our TV screens a perverted justice? So, if a legally recognized woman is dragged so far, how will the rest of us find the strength to speak up?” Why; to Greek TV: We respect victims in general and not only when it is appropriate for us to do numbers with revelations about their abuse. A note dedicated to Sofia Pavlidou and all Sofia out there”it is written below.

Theranos scandal: Elizabeth Holmes is sentenced to 11 years in prison for fraud

Tsitsipas: He angrily threw the ball at his father and was booed – watch the video

“Ship of the World”: Father Antonio’s confession of a “great wave of complaints” – declares his indignation