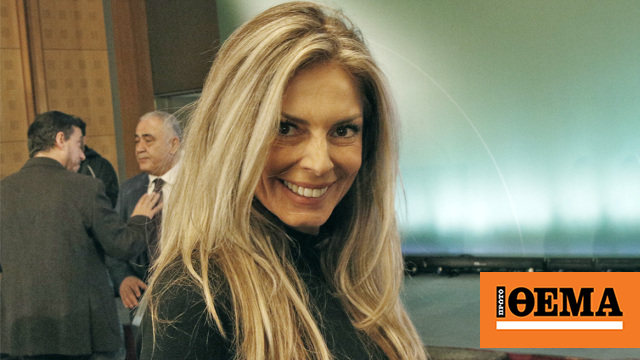 The general secretary of PASOK-KINAL’s voluntary organization, on the initiative of “Thessaloniki Pride” and “Rainbow Families”, commented on the event that took place on Friday at a daycare center.

A fairy tale read to children is “The Drag Queen Who Saved Christmas”. Katerina Laspa commented on this event on her personal Instagram account.

She wrote in the story: “Today drag queens read fairy tales to kindergarten and elementary school children in Thessaloniki. Pity. Let each do what he likes. However, no one has the right to impose such standards on children in an oblique way.”

Reaction from the Transgender Support Association

With its announcement, the Transgender Support Association responded to Katerina Laspa’s comment and called it “unacceptable, wrong and highly racist and transphobic”.

The event – as expected – received a lot of publicity, mainly from far-right groups, causing a frenzy of hatred, and as a result, the organizations changed the location of the event to protect both the children and parents who reported it. Participation, and people in that area in general.

We are sorry to see that the racist delusions were not only from the extreme right but also from the executives of the political parties of the democratic spectrum.

In particular, PASOK – General Secretary of the Movement for Change, Katerina Laspa, with dark, intolerant speech of hatred based on gender expression and identity, publicly commented through her personal account on Instagram celebratory educational content action, as well as drag queens. “Let everyone do what they want. No one has the right to impose such standards on children in a biased way.”

It also created ripples in the inner party circles

Katerina Laspa’s post about an incident with drag queens at a private daycare center in Thessaloniki caused backlash within the party, with several executives publicly dissing their position and others calling for Ms Laspa’s dismissal.

The case of Yiannis Vikas, deputy human rights secretary of PASOK – KINAL, is typical. In his post, he distances himself by saying that “Homophobia and transphobia have been unequivocally condemned by PASOK throughout, Ms Laspa’s statements are not in my name”. He further said, “When wrong speech comes from party officials, the values ​​of social democracy for which we are fighting so hard are not expressed in any way, thus dissolving stereotypes and discrimination in our societies. The process followed in this case is one without stars.”

It is noteworthy that on the part of Harilao Trikoubis, there was corporate representation. Vasia Madesi, Deputy Equality Secretary of PASOK KINAL, attended this particular event. Additionally, SYRIZA Member of Parliament Christos Gianoulis also attended the event.

Posted by Vasiya Madhesi On that day Friday, December 30, 2022

Anna Papadopoulos, head of PASOK’s Human Rights Department, in her public record, inter alia, “Party organs are competent to judge the actions of any member who does not agree with the position of the unit.”